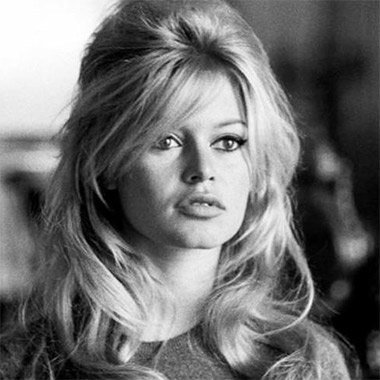 Brigitte Anne-Marie Bardot, often known as Brigitte Bardot, has given her introduction as a French actress, singer and fashion model. She later started to work for animal welfare as an animal right activist. She was considered as the sexiest women of her time and was popular as the best Sex symbols during 195s and 1960s. She appeared on the  official face of Marianne and represented the liberty of France. She made her appearance on various films such as And God Created Woman, Le Mepris, Viva Maria!. She received a nomination for a BAFTA Award for Best Foreign Actress. Simone de Beauvoir made her subject of his essay in 1959.

Brigitte Bardot began her career from comedy film Le Trou Normand (English title: Crazy for Love) in 1952. From 1952 to 1956 she made her appearances in seventeen films. Her film works include Le Trou norman ( as Javotte Lemoine), Les dentis longues (as Bridesmaid), Act of Love (as Mimi), Tradita (as Anna), Futures Vedettes (as Sophie) and La Mariee est trop belle (as in Chouchou). She came in the limelight of media in April 1953 after her presence at the Cannes Film Festival. Besides her film career, she has worked with various well-known photographers and did a photo shoot with them. In the beginning of her early career, she did a photo shoot with Sama Levin. Similarly, British photographer Cornel Lucas made her images in the 1950s and 1960s which represented her persona in public.

“What could be more beautiful than a dear old lady growing wise with age? Every age can be enchanting, provided you live within it.”

Bardot announced her retirement, in 1973 during her 39th birthday after appearing in more than forty films and having recorded several music albums. After her retirement, she started to work for animal welfare and established Brigitte Bardot Foundation in 1986. On the same year, she became a vegetarian and she put her belongings and jewelry in an auction to raise fund. She is considered as a strong animal activist and has been protesting against the consumption of horse meat. Similarly, she has invested more than $140000 in two years for sterilization and adoption of 300000 stray dogs. She has also spoken for the seal, condemning the Sea Shepherd Conservation Society. Bardot wrote a letter to the Margrethe II, Queen of Denmark, to halt the killing of dolphins in the Faroe Islands. She has protested against the bullfighting in Spain.

Digging personal life, Brigitte Bardot has been associated with four men in her life. Bardot married Roger Vadim on 21 December 1952 when she was just 18. But their relationship did not exist for long and they divorced in 1957. Her second husband was Jean-Louis Trintignant with whom she lived for two years and separated. On 18 June 1959, she married with her second husband actor Jacques Charrier and had a child but they divorced in 1962. Bardot’s tied knot with German Millionaire playboy Gunter Sachs in 1966 and divorced him in 1969. Since 16, August 1992 she has been married with Bernard d’Ormale.