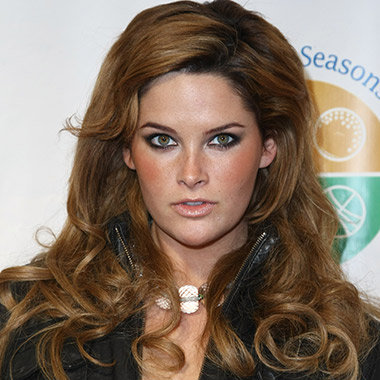 Whitney Thompson is a real inspiration to many plus size model of America. She was born on September 26, 1987. She is from Atlantic Beach, Florida, U.S. She believes “Beautiful” is celebrating the characteristics and qualities of your body while exercising and nourishing it to be as uniquely healthy and fit as only you can be. She is inspiration and motivation to all the women in the world who thinks they are not good enough or who thinks they are built by god this way. She encourages all the women to celebrate their unique, exquisite body and to resist the negative thought of un-acceptance. 28 years old Whitney Thompson had been honored as Most Influential Women 2008.

Before Whitney Thompson was a designated American fashion model, she used to work locally in northern Florida where she appeared few times on the cover of Jacksonville Magazine. Talking about her education, she attended at Duncan U. Fletcher high school and graduated from the University of North Florida. While she was at university, she was a member of Alpha Chi Omega. She competed in the America’s Next Top Model against 13 other contestants. She was selected as one of the finalists. She was criticized by almost all the judges except Tyra for being too pageant and fake. She received the first call-out during the music-themed photo shoot. From the final photo shoot challenge of cycle of 10, she won one ‘CoverGirl of the Week’ title. Whitney landed in the ‘bottom two’ a total of four times. Later, she competed in the finale against Anya Kop and won the title making her first plus-size model to win the show. Although she is naturally a brunette, she received blonde hair extensions for her makeover on the show. Besides Modeling, she is also an actress, She was seen for America’s Next Top Model (2003), Tyra Banks Show (2005) and Ugly (2011). Winner of ANTM, Whitney Thompson is an Ambassador for the National Eating Disorders Association. She has been in interviews with People magazine live with Regis and Kelly, The Morning Show with Mike and Juliet and other few shows. Currently, she is a spokesperson for Smile-Stylist and Right Fit. In addition, she has taken part in the Broadway Bares event to fight AIDS as well. She is currently signed with Wilhelmina Models in New York. She was also awarded Runway Model of the Year.

Talking about her personal life, Whitney Thompson is a dog lover and she claims to be in love with her rescue basset hound, Baxter. She also loves to travels different place. Beside fashion world, she fond of watching live sports related anything with beach and thunderstorm.  Her wedding was marvelous. America’s Next Top Model Cycle 10 winner, Whitney Thompson got married in Scotland with Artist named Ian Forrester. Apart from the Professional life, she is happy with her husband. She will always remain an inspirational plus-size model of all time.