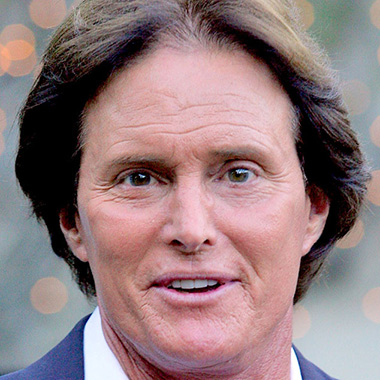 Jenner has half dozen children from Linda Thompson, Kris Jenner, and Chrystie Crownover. He changed her gender after divorcing with Kris Jenner. She is most famous transgender. In her reality show, I Am Cait which was premiered in July 2015 there were about 3 million viewers. The Show focuses entirely on her gender transition and her relationships with her friends and family. The show also focuses how she is a role model for the transgender community.

Jenner’s Grandparents were Canadian nationals and he has two sisters Pam and Lisa. He also had a brother named Burt but he was killed in a car accident. Jenner was diagnosed with dyslexia as a child. She went Sleepy Hollow High school and Newton High schools in New York and Connecticut respectively. Graceland University provided him with football scholarship but he couldn’t play football because of serious knee injury. But Jenner’s mentor L.D Weldon forced him to go for decathlon because of his potentials. In his first decathlon 1970, he was placed fifth. In 1973 he graduated from Graceland University with a degree in physical education.

After graduating he married Chrystie Crownover and moved to California where he used to sell insurance at night and he was training during the day. He became the American champion in the decathlon in 1974 and in 1975 he won French championship by setting a new world record in his name in Eugene, Oregon. In 1976 decathlon held in Montreal he set his 5 personal best and setting a new world record in his name with the points of 8,616. After this event, he became the national hero and also won Male Athlete of the year (1976). Jenner was ranked as 9th on American all-time athlete and 25th in the world.

Jenner has also a nice history in films and television careers. He has been seen multiple series like “Silver Spoons”, “Learn to Read”, “Grambling’s White Tiger” and much more. As of 2016, his net worth is $100 million dollars.?