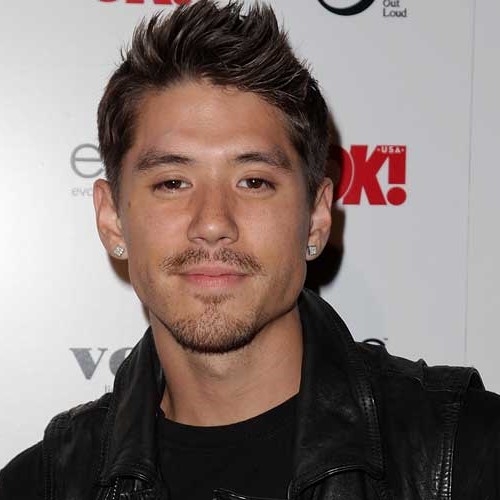 Bryan Tanaka is a dancer and choreographer, popularly known as a staff member at the Millennium Dance Complex. He has performed in various award shows like the Grammys and the MTV Video Music Awards. Tanaka has graced the stage with artists like Rihanna and Mariah Carey and appeared in countless music videos.

Brayan Tanaka previously dated Mariah Carey. The couple dated for five months and separated. But both of them didn’t feel comfortable to talk about their relationship. Bryan is currently single.

Bryan Kekoa Tanaka was born on 11th April 1983, to an American mother and a Japanese father in Olympia, WA. He has not revealed his parents’ name on social sites. Tanaka has a younger brother named Danny Storey Tanaka.

At the age of 12, he gained a black belt in Tae Kwan Do, having practiced martial arts, which he said helped him to know and have better control of his body. He is of half-Asian, Hawaiian.

Tanaka began his career as a choreographer and professional dancer after the age of eighteen. He became a world-renowned dancer and choreographer of international music stars such as Mariah Carey, Beyonce, and Destiny’s Child.

Besides that, Bryan also acts as a model, having already run advertising campaigns for Nike, Pepsi, McDonald’s, Old Navy and iPod. The first music video he appeared as the 2006 video of Nelly Furtado’s “Maneater.”

In early 2010, he created, directed, choreographed and starred in the trilogy “Hook vs. Bridge” with songs by Kevin Cosson (who has the eponymous album). Bryan’s first single, Bounce (by Sony Music and Voltron360), is also a bonus track from the DVD of singer Wanessa, with whom she has also worked.

The track will be on the debut album, “BT Unleashed.” Bounce is a Bryan production with Kevin Hastings (who worked Rihanna ).

In 2014, Bryan served as the choreographer and artistic director for the Nike Maxim Awards, held at the company’s headquarters in Portland. He likewise performed alongside Madonna at the Grammy Awards and Brit Music Awards in 2015.

Tanaka attracted the media when he and Mariah Carey were reportedly found dating in November 2016, where they spent a romantic weekend in Hawaii together. The couple was spotted smooching on a beach. After that, Maria and Bryan have been seen out on a romantic date nights as well.

They met in 2005, and both of them share a love for animals, with Tanaka owning a pit bull, Mila while Carey has eight pampered dogs. In December, Tanaka showed his feelings via an interview with E! News at the premiere of celebrity’s new docu-series “Mariah’s World.” “I love her so much,” Tanaka quoted.

“Something connected with us back in the day and there was just a mutual admiration,” he explained. “She saw something in me that I actually didn’t recognize at first, from that it was over. It was set in history that we were gonna be connected someway, somehow.”

Bryan Tanaka Break Up with Mariah

Tanaka and Mariah Carey separated on 8th April 2017 after dating five months. Neither he nor his girlfriend Mariah feels comfortable to talk about their five months of togetherness. In March 2017, there was an argument between Bryan and Mariah. When she and Nick attended the Kids’Choice Awards together with their kids matching outfits, it really bothered Bryan.

Bryan was extremely upset, jealous that he stormed off the table. The couple did not speak to each other after he posted a photo wit h Mariah to celebrate their “anniversary” together at the end of March 2017.

Bryan didn’t respond to the breakup, but he hit back via social media, where he said: “Remind yourself to keep ya head up and lead with love.” He was also in a relationship with Lauren Gottlieb, an American actress.

Reson Behind the Bryan and Mariah Separation

He allegedly ended his relationship with Mariah Carey after dating five months. They are consistently fighting over the facts that Mariah and Nick were very close, which Bryan did not like and felt disrespected. Carey’s relationship with ex-husband Nick Cannon is the main reason for Mariah and Bryan’s split.

Another cause for the Mariah and Bryan’s split was money. Bryan had lavish taste, buying jewelry, expensive shoes, fancy chains, and watches, all supposedly paid for by Mariah. Tanaka came into Mariah Carey’s life right after she split from fiance, James Packer, so since it was so sudden, Mariah reportedly felt that Bryan only wanted to be in a relationship with her to gain popularity.

Bryan always desired to have a music career and was hoping to collaborate with Mariah. No collaboration is coming through, and Ryan won’t be dancing with Mariah anymore either.

Bryan Tanaka earns a good sum of money from his career. His most of his income source hails from his dancing, acting and modeling career. He has performed in several shows around the globe and has also appeared in several movies and TV series through which he obtains a decent amount of money as salary.

Moreover, being a model, he also receives a decent amount of money from several fashion brands and lines as an endorsement. Allocating information from several sources as of 2018 it is found out that his current estimated net worth is around a million dollar.

However, Tanaka has not mentioned yet on social sites. He is still active in his career and his net worth and income will definitely rise in the near future. He is also active on social networking sites like Facebook, Twitter, and Instagram.