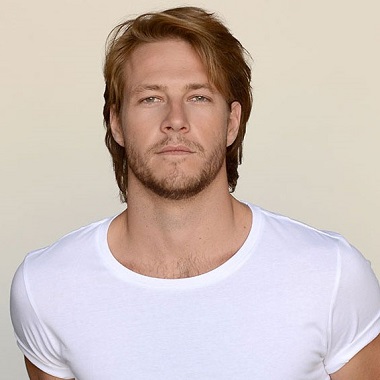 Australian actor, Luke Bracey is known for his roles as David Mason in “The November Man” (2014); Young Dawson Colen in “The Best of Me” (2014); and Johnny Utah in “Point Break” (2015). He is also famous for Australian soap opera “Home And Away” among his native audience and is renowned for television series “Dance Academy.”

Luke Bracey was born on April 26, 1989, in Sydney, Australia. He attended Harbord Public School and enrolled in Scots College for further study. As a child, Bracey had never dreamed of becoming an actor and was fond of sports, wanting to be a rugby player or league player professionally.

At the age 20, Bracey was invited to audition for a soap opera in Australia called Home and Away. At first, he had no idea what he was doing. Unbelievably, Bracey won the job and then ended up being on the show for about six months. It wasn’t until Bracey’s third or fourth day of work that he realized that he is paid for acting and decided to take it further. 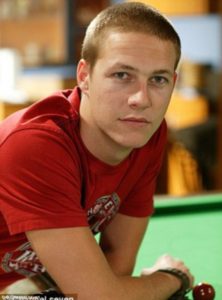 A throwback of young Luke Bracey at his 20s
Source: DailyMail

Luke Bracey began his acting career in 2009, playing the bad boy Trey Palmer in “Home and Away.” Since then, he never had to turn back in his career period. The following year, he starred in 3 episodes of “Dance Academy” as Aaron. Also, he was cast as a male lead role,  Chris Carver in ABC drama, “Westside” in 2013.

The famous and dashing celebrity, Bracey came into the spotlight for his first feature romantic comedy, Hungarian-American movie, “Monte Carlo” in 2011; he played the role of Riley.

In 2013, Bracey appeared in the movie “G.I.Joe: Retaliation” as Rexford G “Rex” Lewis, Cobra Commander. Then, again in 2014, he was cast as a male lead role in “November Man” as David Mason. The movie is based on the acclaimed Bill Granger’s novel of the same name. He also appeared in the film “The Best Of Me” as Young Dawson Cole in 2014.

In 2015, he starred in the movie “Me Him Her” as Brendan, “Point Break” as Johnny Utah and the Oscar-nominated film, “Hacksaw Ridge” as Smitty Ryker.”

Luke Bracey, not only appeared in the movies but also rises quickly in fashion modeling. The 27-year old, Luke Bracey is the new face of “Ralph Lauren Polo Red Extreme: Luke Bracey.” The Polo Red Extreme is inspired by “the speed adrenaline and seduction of racing and channeling design. He is a fashion statement for many youngsters and adores him for his fit body and dynamic personality.

The heartthrob actor from Australia, Luke Bracey was in a relationship with American Actress, Dianna Agron, known for Quinn Fabray in “Glee.”  The former couple dated in 2015, but their love could not last long and choose to take distance from each other. Shortly after the separation, Dianna got married to Winston Marshall. He also had a brief relationship with Swedish Pop singer, Elliphant.

Bracey is conscious about his fitness and hired a personal trainer to stay fit, healthy and young. He has gray eyes, blonde hair, and athletic body, boosting up his charming persona. His zodiac sign is Taurus.

Luke Bracey is one of the hottest and rising star of Hollywood whose net worth is $ 3 million. He is also ranked as one the richest celebs who was salaried $2,14,286 in his movie “G.I. Joe: Retaliation.” He had a recurring role in various films and television series.