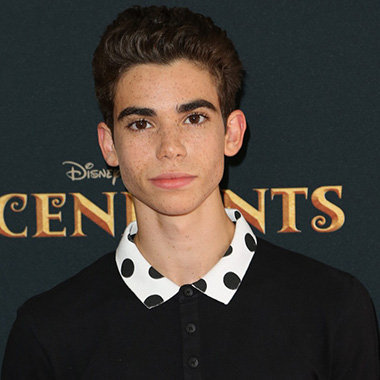 Cameron Boyce introduces himself as an American teen actor and dancer who has gained name and fame at the early age. He is best known for his roles in the films Mirrors, Grown Ups 2, Eagle Eye, Descendants and his co-starring role on the Jessie as Luke Ross.

Born on May 28, 1999, as a son to African American father and Jewish Mother, Boyce grew up along with his younger sister in Los Angeles. At the very early age, he developed a passion for dance and started to dance. Being a fan of break dance, he is a member of the “X Mob”, the breakdancing crew. Boyce’s paternal grandmother was the first African-Americans to attend an integrated high school in the South. Having a strong passion for dance at the early age, he made his television debut when he was nine years old in May 2008. He appeared on the Panic! At The Disco music video, The Green Gentleman, where he appeared as a kid version of Ryan Ross. In July, he appeared in the recurring role of Michael ‘Stone’ Cates Jr on the General Hospital: Night Shift.

Later in August, he got his debut role in the horror film Mirrors. He also made his appearance in the mystery-thriller film Eagle Eye same year. In June 2010, he appeared in the comedy film Grown Ups, co-starring as Keith Feder. The same year, he made his appearance on the web series The Legion of Extraordinary Dancer, where he showed his dance skills. In April 2011, he appeared as the guest artist on the Disney Channel series Good Luck Charlie, and he was also featured in Royal wedding as one of the dancers on ABC’s Dancing with the Stars. In June 2011, he appeared in a small role in the family sitcom Judy Moody and the Not Bummer Summer and after two months, he featured on the Disney Channel series Shake It Up as one of the dancers.

TV Series Appearances and Net worth

He has appeared on numerous TV series including: Jessie (2011-2015) as Luke Ross, Jake and the Never Land Pirates (2012-2014) as Jake , Ultimate Spider-Man (2014) as Luke Ross, Liv and Maddie (2015) as Krahgg, Descendants (2015) as Carlos and Code Black (2016) as Brody. With his talent, this child prodigy has been awarded Young Artist Award, Best Performance in a Feature Film-Young Ensemble Cast in 2012. At the early age, he has gained name and fame as an actor and dancer, and he has been considered as the rising star in Hollywood. With his extraordinary talent, he has been able to show his strong presence in various stages and has been successful professionally. Boyce has earned net worth of $3million which is higher than the net worth of many young American dancers and actors. Boyce seems active on all social networking sites.