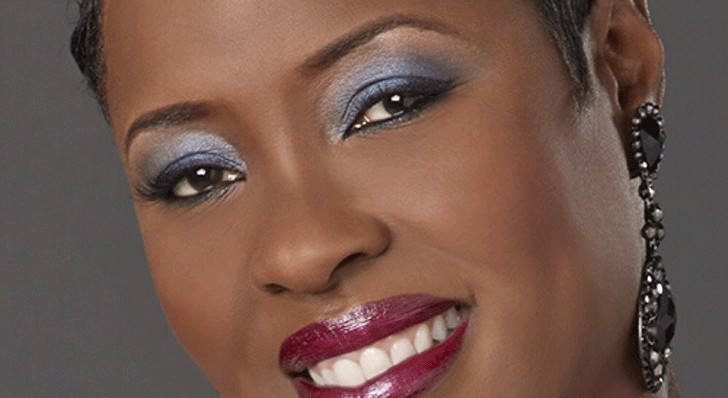 Raised in Houston, Texas and born in Chicago, Carla Ferrell is one of the famous quartet of the Steve Harvey Morning show, which is one of the most watch nationally syndicated talk show in the United States of America. The talk show focuses on diverse sets of issues ranging from comedy, contemporary matters to music. The famous  quartets include comedian plus on-screen/ radio personalities, Steve Harvey and Thomas Miles, and personalities with pure radio background,  Shirley Strawberry and Carla Ferrell.It will not be wrong to say that Carla and Shirley have been balancing the high testosterone level of the show initiated by unignorables Steve and Thomas.

With more than one and half decades of rich radio experience ranging from radio executive to radio commentator, award-wining radio executive and celebrated radio commentator Carla Ferrell  continues to be a force to reckoned with in the world of radio. If you may, she is also the program director for Premiere Network’s “The Sweat Hotel” since 2007 . And post 2005’s hurricane Katrina devastation of the city of New Orleans and the Gulf Coast, she has been fulfilling the role of program director  of the Primiere Network’s Emmy winning radio program “The Steve Harvey Morning Show”, which is the no 1 nationally syndicated morning show in the United States, enjoying more than 6 million weekly listeners and affiliation with more than 70 radio stations. Nonetheless, “The Sweat Hotel” also enjoys the reputation of being the  top nationally syndicated Urban AC evening radio show.

No wonder, she has been awarded with numerous reputed recognition in her long career including SS2 magazine’s “Office With A View” in 2006, Radio and Records’  “Program director of the year” nomination in 2004, NABFEME’s “Ten Most influential Women in Radio”  in 2001, and the Midwest Radio and Music Association’s Grit Award in 2002.

Unfortunately, her accurate net worth hasn’t been revealed yet and she has’t got a Wikipedia bio as well. However, it will not be wrong to say that she is worth fortune given her long career. At the end of the day, she is a top notch radio executive and radio commentator with striking delivery skills. Moreover, Carla has kept her personal life private. She has only spilled limited trivia on her marriage life. Therefore, it will be very hard to predict Tosh and Carla’s wedding date.

Interestingly, her daughter Tosha is regarded as a radio sensation herself for her short bathtub singing stint featuring her winsome voice and humorous songs choice, which we discovered during one of the episode of the Steve Harvey Morning Show in 2013. Thanks to her eavesdropping mommy Carla who secretly  recorded her daughter singing chops  in her house bathtub, we learned to sing Alicia Key’s Girls on Fire, Beyonce’s Put a Ring On It  and Taylor Swift’s Never Ever Getting Back Together in a sequence as a same song. Clearly, Tosha is still a little kid and need more time to develop as a full fledged singer. mommy Carla also revealed during the show that her daughter sings all the time and enjoys piano plus singing lessons. Way to go Tosha. Indeed, like Steve Harvey says, we have kids for these moments.

Now moving on to her physiue, she enjoys a lucrative height and curvacious body. She may not be a supermodel in terms of looks but she is definately someone who knows how to appear as a hot woman. She has proved that she can rock different kind of dresses from elegant dresses to short revealing dresses plus high heels. Impressively, she posesses busty breasts, meaty thighs, short hairstyle, strong arms, slim waist  and winsome face.