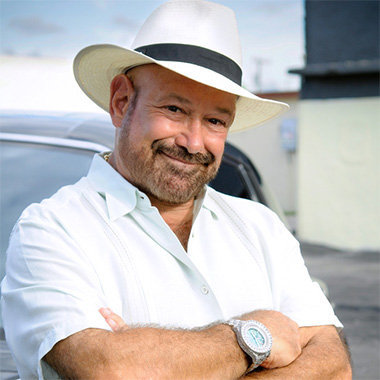 Man With Many Talents: Ted Vernon

Celebrated as one of the most known flamboyant personality in South Florida and a man of many layers, Ted Vernon is someone who has got the ability to resonate with people with diverse interests. This unique quality makes him a unique businessman.

Ted Vernon is acknowledged for his sound negotiating skills. He always manages to impress his customers, who range from celebrities, royalties to small business owner and seniors, with his know-how of classic vehicles and stories from his diverse experiences.

Born in Brooklyn, Long Island, New York, United States, to a real estate developer father Harold Vernon, Ted Vernon is widely known by car or vehicle enthusiast as the  Ted Vernon of South Beach Classics which is FLorida’s largest classical car store including other vehicles. Amazingly, Ted has been managing the Ted Vernon Speciality Automobiles for the past 38 years alongside his exquisite 6 foot towering blonde wife Robin Ziel-Vernon.

If you may, Vernon looks after the front end of the vehicle dealership company, which specializes in classic cars, trucks, bikes and much more. Interestingly, Robin is responsible for back office and day to day company operations. Importantly, Robin was the one who took the critical decision to move to website trading from physical auction in the late 1990’s. In an interview, Ted has said that her wife is like straw pipe who draws out water from a glass.

Now moving on to his physique, Ted possesses an average tall height. Furthermore, the American sensation of Jewish ethnicity is popular for his extended bushy Viking-like a mustache, baldpate, well-built up the muscular body and egotistical expressive personality. 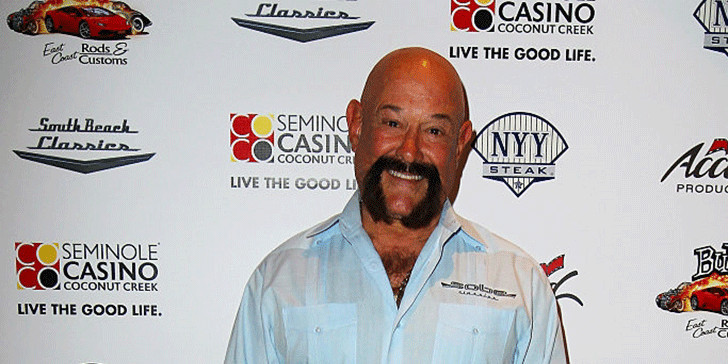 Talking about his relationship status, Ted Vernon is a committed man. His wife is no other than his business partner Robin. Robin and Vernon’s first meeting was a blind date that took place somewhere in late 1990’s. Not crazy for confident Vernon, he asked Robin to marry him on the first date after knowing about her and sharing his part of the story. Fortunately, Robin was so impressed by the man with confidence that they started living together after two months from the date. Amazingly, it took them less than two years to marry following their first date. They are happily married since then.

Prior to meeting Robin, Vernon was a divorcee looking after his two children. On the other hand, marriage with Vernon is Robin’s first. Interestingly, they have been a solid couple in spite of a huge age gap. More precisely, Vernon is 67 or 68 as of 2017 whereas wife Vernon is in her mid 30’s.


In September 2016, Ted and Robin hit the headline when the power couple gave a hint on their relations.
On 14 November, Ted Vernon tweeted saying he will be hosting the South Beach Classic with new partner Christine Morris, entrepreneur, marketing specialist, and model.

The new season and new partner is looking better and better each day. What do you guys think? pic.twitter.com/PedKQO6WGK

On 13 December 2016, Robin Vernon confirmed via Twitter that she ended their relationship with her husband, Ted.

No longer affiliated with Ted Vernon or the horrible production company (my opinion on horrible)
South Beach… https://t.co/Vt0Jl8dWD7

Indeed, life hasn’t been always easy for him. Certainly, it’s true that he grew up in a well-off family. However, he developed the need of being independent on his own since an early age. Confronting and of his own mind since an early age, Ted since his early age developed the tendency of solving the problem right away when it is fresh even it meant picking a fight with someone powerful than him. It was no surprise that he later quit working for his real state father to start his own business.

In an interview, Ted Vernon has revealed that his father always ordered him to solve unpleasant problems they face in the real estate business. His most notable real estate credentials include building the Tower 41 in Miami Beach.

Vernon finally started his own vehicle dealership business with a partner in 1977. Two years later, he quit the partnership because of constant misunderstandings and purchased an old boating facility hardly gathering $150,000. This is the way how he started his own business, working hard every day to pay his debts and make business networks.  Anyway, his first car was 1962 Buick convertible.

Fun trivia: Ted specializes in making and acting on low budget horror movies. He has achieved some kind of cult status for his acting, boxing, racing, singing and wrestling credentials in Florida. Yes, it’s true that he wrestles even today by his alter-ego “Trillionaire Ted Vernon”, who is an immoral wrestling manager who is known as a protagonist destroyer. Last but not the least, he is also known for his bestselling book Collecting Cars For Fun and Profit.

More info on his professional life can be accessed via his official site.