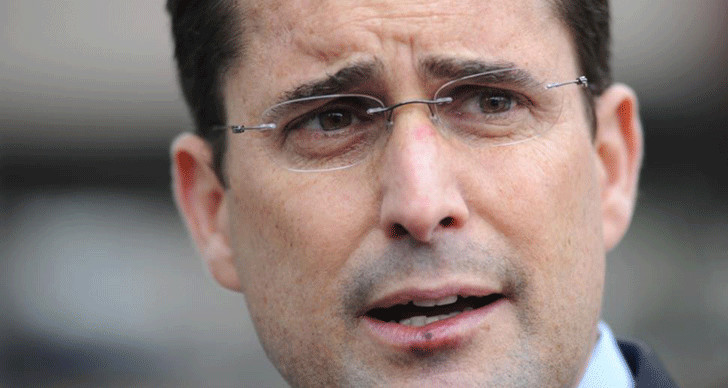 Rob Morrison, an American journalist who has gained name and fame as a charming and hard working personality in the television news industry, was born on May 17, 19768. Morrison has been working in the industry since 1990s and is considered as one of the highly experienced personality in the field. He ihad been associated with CBS situated at New York.

Having interest in Journalism he completed his graduation in broadcast journalism. He completed his high school education from St. John’s High school. Besides these information, there is not much information on where he was born and raised. Morrison started his career in journalism as a combat correspondent serving in the U.S. Marine Corps. During early 1990s, he served as news anchor and reporter while he was in Okinawa, Japan.

He started his career in Television in Worcester from WGMC and later moved to WWLP-TV. During his tenure in WWLP-TV, he covered the stories from Iraq and Qatar during the time of Second Gulf War. In 1999, he moved to WNBC, the New York City and began his nine-year long career. He served as co-host of Today in New York and Weekend Today in New York. From 2001, he started to work on station’s weekend-evening newscasts. In 2004, he became a co-anchor for weekday edition of Today in New York and served in the same position until 2008 before he left the station. During his tenure in WNBC, he also served for NBC News, news reader for Weekend Today and an early-morning news-and-entertainment television program and a production of NBC News.

Morrison started to write blog, Daddy Diaries-Confessions of a Stay-at-Home Anchorman after he left his job at WNBC and NBC. In 2009, he started his career at WCBS as an anchor for the station’s morning and evening weekend newscasts. On December 20, 2010, he co-anchored the weekday editions of CBS 2 News This Morning and the stations’s morning news program along with Mary Calvi. On January 3, 2011, he left the job at WCBS after the 2 years of successful tenure.

Morrsion has been married to Ashley Morrison, anchor for CBS Money Watch. The couple has a son named Jack and they currently reside in Darien, Connecticut, where they moved from Manhattan. His relationship with his wife seems full of dispute and conflicts. In 2009, he was arrested for allegedly assaulting his wife in Manhattan. He was arrested from his home in Connecticut on February 17, 2013. Advocating on the case, Judge Kenneth Povodator defined a order case against him that forbids contact with his wife and he was ordered to remain 100 yards far from wife. Despite of these issues, the couple has not yet taken step towards divorce.

From his successful professional career, Morrison has made good money. He has net worth of $5million and before his retirement he was receiving salary of $300,000 per year from WCBS-TV. Morrison seems active in all social networking sites such as facebook, instagram and twitter.