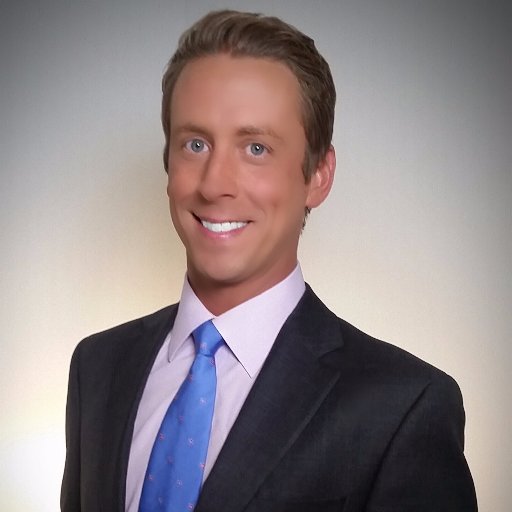 Casey Stegall was born on January 08, 1979 in Evansville, Indiana in the United States of America. He attended Ball State University and graduated with a Bachelor of Arts Degree in Telecommunications, specializing in television news. Stegall also holds a minor degree in German from Ball State University.

Stegall began his journalism career in 2000 as a reporter for the WTVW-TV; FOX 7 in his hometown Evansville, Indiana. Then he became a city hall reporter at KVUE-TV; ABC 24 in Austin, Texas, covering the city government beat and developing sources. After that, Stegall joined KDFW-TV (FOX) in Dallas, TX, working as a substitute anchor and a reporter, where he held for up to 10 live reports per day and coverage of breaking news. He has covered some heavy breaking news events like the horrific Moore, Oklahoma EF-5 tornado, the BP Gulf oil spill, civil trial and the deadly West, TX fertilizer plant explosion. 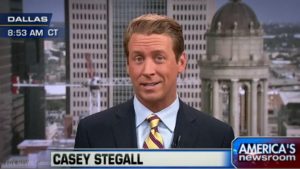 In 2007, Stegall joined Fox News Channel (FNC) in 2007. He is currently serving as a correspondent based in the Dallas bureau. On August 2007, he went to Israel to work out of the FOX News Jerusalem bureau, where he has covered the Israeli–Palestinian conflict as well as growing tensions between Israel and Syria.

After three months later, on October 2009, Stegall traveled to Afghanistan and presented the network with live reports from the war zone. He stayed at bases in Kandahar and Farah while implanted with a wing of the U.S. Air Force. His time at the network, Stegall covered breaking news stories from the overwhelming California wildfires of the I-35 Bridge Collapse in Minneapolis, Minnesota. He reported Hurricanes Gustav and Isaac in New Orleans and Hurricane Ike in Texas. 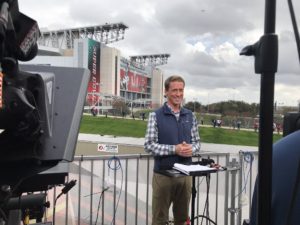 Stegall was also an on-scene reporter for Fox News during its coverage of the 2013 Moore tornado. Stegall was one of the lead correspondents on the deaths of Michael Jackson & Whitney Houston in Los Angeles. He has also covered the trapped Utah coal miners, OJ Simpson’s arrest in Las Vegas and yes… Paris Hilton & Lindsay Lohan’s jail drama.

Stegall spent weeks in Arizona, covering the shooting of Congresswoman Gabby Giffords and the subsequent trial of her shooter, Jared Loughner. He also traveled on assignment to the Joplin, Missouri & Birmingham, Alabama tornadoes as well as Casey Anthony’s controversial release from jail in Florida.

Stegall hardly fills in on the anchor desk in New York where he once anchored days of breaking news coverage on the 2008 Mumbai attacks, the worst terror attack in India’s history. He also covered the month-long military court martial of Nidal Hasan, the former Army Major who went on a shooting rampage at the Fort Hood Army Post in 2009, killing 13 soldiers and injuring more than 30 others. Stegall broke the news on national television that Hasan had been found guilty and sentenced to death.

Stegall has gained several prestigious awards in the journalism industry. During his time in Dallas, he received a regional Emmy award for his live reporting skills. The Dallas Press Club also recognized him for his breaking news coverage and live reports. While he was in Austin, Headliners Foundation and the Associated Press named him the ‘best reporter’ in Texas. He won an Edward R. Murrow Award for news perfection while working for ABC in Austin.

Casey Stegall, (sometimes confused with the Lubbock man, Casey Stegall, who was fired from his workplace for being gay) holds an American nationality and belongs to white ethnicity. He stands at the height of 5′ 10″. His relationship status is unknown to us, whether he is married or not. In accordance with his social profile, Stegall is not yet married and still lives a single life, that has been the subject of mystery to all his fans and media. He has neither specified any data with respect to his past relationships and love affairs. Most likely he has clearly dated many women in his teenage days as he has smart and dashing personality.  Be that as it may, any data with respect to his love life or wife is still yet to get unfolded to media.

He is active on social networking sites and earns a lucrative salary from his reporting career which adds up his current net worth of $1 million.