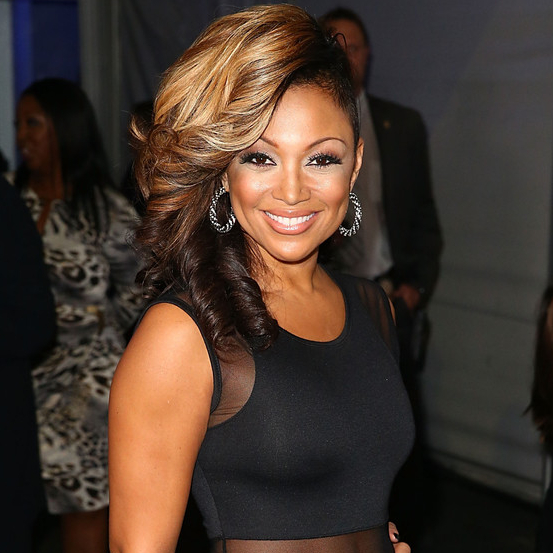 Chante Moore is a talented person who has skillfully showcased her talent in the multi-fields like singing, songwriting, and acting. She is a well recognized R&B artist praised for her works like Old School Lovin, Alright and I’m What You Need.

Moore has married twice but none of her marriage flourished pleasantly. Even after her two failed marriage she never gave up on love. After staying single for quite a while looks like her heart is fluttering again for a new guy.

Chante Torrance Moore popularly known as Chante Moore was born on 17th February 1967, to Christian Evangelist parents Virginia Moore and Larry Moore. Moore grew up along with her brother Kelvin Gomillion and sister La Tandre Moore in San Francisco, California. She used to sing since her very early age as her family used to sing gospel.

Moore initiated her career as a model and participated in beauty Pageant contest. Later she went on to pursue her dream career as a singer when discovered by MCA Records executive Louil Silas.

Chante’s debut studio album Precious was certified gold by the RIAA in 1994 with the number of hits singles such as Love’s Taken Over, It’s Alright, As If We Never Met and Who Do I Turn. She eventually went on to release her second album A Love Supreme in 1994. The album’s first single Old School Lovin marked her third Top 20 R&B singer.

Likewise, her third album This Moment Is Mine was released in 1999 which included her most hit single Chante’s Got a Man dedicated to her ex-husband Hardison. She also released handful duets along with her then-husband, Kenny Lattimore including Things That Lovers Do in 2003.

Moreover, Chante featured in 90’s movies like The Fan, Romeo Must Die, Beverly Hills Cop III and Drive. She has accomplished a lot throughout her career. She has won several awards such as NAACP Image Award, American Music Award, Soul Train Music Award, and UB Honors.

Moore was once a married woman. Her first husband Kadeem Hardison is an actor and director of Hollywood. The couple tied the knot in 1997 in a private ceremony and has a daughter named Sophia Hardison together. Their marriage ended after three years in 2000.

In the year 2002, Chante married singer Kenny Lattimore in Jamaica. The ceremony was held privately in presence of close friends and family. The duo is blessed with a son named Kenny Jr. in 2003. They stayed together as husband and wife for nine long years. In 2011, Moore opened up regarding her divorce with Lattimore via the Facebook page.

Later in 2014, Moore revealed that her first husband is her high school love through her auto-biographical book Will I Marry Me whom she took a vow in 1991.

As of now, Chante is caught up in a rumor of having an affair with an actor, choreographer, and director, Darrin Dewitt Henson. They talked about their relationship at a red carpet event recently.

Chante Moore earns a good sum of money in her career. She is a successful R&B singer who has established herself in the music field showcasing her skills and talent perfectly. She makes a lucrative amount of money as a celebrity and a reality TV star.

Allocating information from several sources as of 2018 it is found out that Chante Moore current estimated net worth is around $ 1.5 million. She certainly lives a lavish life and enjoys her million worth of fortune.