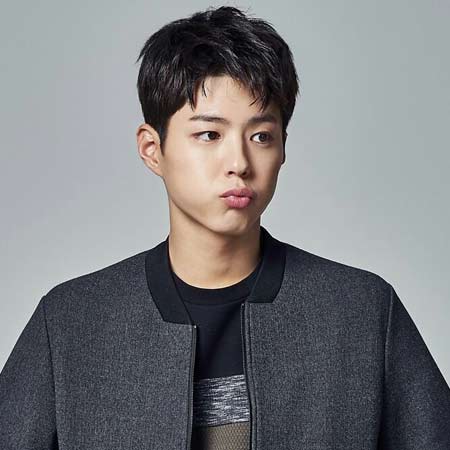 Park Bo-gum is a young and rising star of South Korea. He is an actor widely known for his role in the television series, Love in the Moonlight. Besides his acting in the TV series, he has starred movies, too. He is one of the top Korea Power Celebrity listed by Forbes. He is also a Pianist.

Well, this handsome and cute looking Korean guy was in a relationship with Kim Yoo-Jung although the beautiful couple splits. Currently, he is single and not dating anyone.

Born on 16th June 1993, Park Bo-gum is the youngest son of his parents. He grew up in the city of Seoul, South Korea and did his schooling from Shinnok High School, Park. When he was in 4th standard, he lost his mother.

Later, he joined Seoul Mokdong Middle School where he was the member of swimming varsity team. He is a trained pianist since his childhood and was active as a choir member at church. He earned his higher education in Musical theater at the Myongji University, in March 2014.

This 24-years-old, Korean boy, Bo-gum began acting when he was in his college days. He made his acting debut from Ahn Sang-hoon’s directed crime thriller movie, Blind, in 2011. He is seen playing the character of Min Dong-Hyun in a supporting role.

During the period, he got an opportunity to represent his university’s culture overseas exchange program towards Europe. Not only this, he directed one of the drama plays based on Anton Chekhov‘s work and as a music director in his graduating class’s with Hairspray production.

Next, he played in the movie, Runway Cop, and TV series, Hero, and Bridal Mask. Though he played several characters in TV series and movies, his role as young Kand Dong-Seok in TV series, Wonderful Days rose his fame in the cinema world and made him receive KBS Drama Award and APAN Star Award nomination. Till date, they have done over 50 episodes.

One of his successful hit movies are crime action thriller movie, was The Admiral: Roaring Currents which earned the overall collection of 135.9 million worldwide which was listed as the highest grossing Korean movie of all times.

Lastly, he was seen in the TV series, Love in the Moonlight, in 2016. There he starred alongside Kim Yoo-Jung and Jinyoung, Chae Soo-bin and Kwak Dong-Yeon.

Besides his acting, he has worked in several Korean travel reality show, Youth Over Flowers, and Hyori’s Home Stay. Likewise, he has also hosted several Korean Award shows and function.

Park Bo-gum is one of those who earned name and fame in a very short period of time. He has successfully received different awards and nominations in his lifetime. He received his first 4th APAN Star Awards in the year 2015 for the Best Newcomer.

As per the sources, he was the torchbearer of the Winter Olympics 2018 as a ‘Korean Representative Actor’.

Currently, Park Bo-gum is single after he break-up with an actress, Kim Yoo Jung. The beautiful couple met on the set of Love in the Moonlight, in 2016 and were really close to each other and often share a romantic moment together.

Unfortunately, the couple splits but the reason behind their break-up is still behind the curtains. In one of the interview, he spoke about his dream girl with whom he feels comfortable with as a friend and who acts like a mother.

Being one of the successful actors, Park Bo-gum earns a good sum of money in his career. His source of income includes acting, singing and endorsing brands like Coca-Cola and much more. It is also said that Bo-gum was voted by marketing executive as Top Celebrity Endorser of the year 2017.

Moreover, Park Bo also receives a good sum of money from several fashion lines and brands as an endorsement. Allocating information from several sources as of 2018 it is found out that Park Bo-Gum current estimated net worth is around $15 million.

This is an avid pet lover and has got a pet cat and dog in his house. He owns luxurious cars including Aston Martin V12 in his car collection that cost around $231,438.