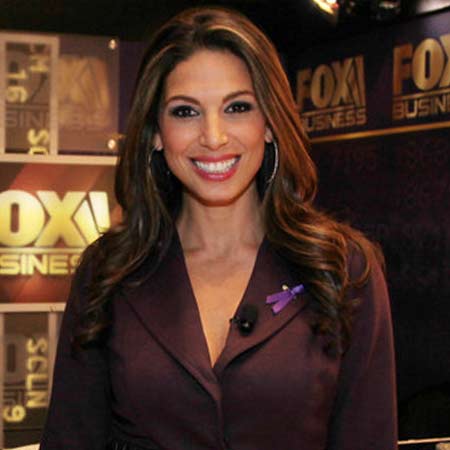 Nicole Petallides is a well-known anchor and a top-level broadcaster serving for the Fox Business Network. She is one of the first two women on the air when the network was launched.

Nicole Petallides is a lovely wife and a proud mother of two children. She is committed to her husband Nicholas Tsiolas for 20 years now. The couple dated for sometime before taking their relationship to next level and tying the knot.

Nicole Petallides was born as Nicole Anais Petallides on 20th September 1971, to Fannie Holiday and John C. Petallides. She is a native of Queens, New York, USA. Since her mother is from Cyprus and father from America she is of Greek-American Descent.

Her father is the owner of U.S. Amfax and Salesforce 911, a telemarketing and promoting companies in New York as well as Parent Reach, an emergency broadcast company. Her mother is the founder and chief operating officer of a Greek language newspaper entitled Proini and an English language newspaper named The Greek American.

After her parents parted their ways she was raised by her mother and her step-father along with her sibling who is also known to be a great writer. She is close with her cousin, Irene Petallides who lives in Cyrus.

Petallidas completed her high school education from Buckley Country Day School. She went to American University for her higher education. She used to play soccer with center forward and goalkeeper positions during her college time.

Nicole later joined Bloomberg Television as an anchor and reporter for Bloomberg Business Report and Bloomberg Market Update, the New York Stock Exchange for the nationally syndicated show. Besides that, she also covered the weekend news as well as business news for CW11’s WPIX morning news program in New York.

After garnering some experiences in several stations, in 2007 Petallides started working for The Fox Business Network aka FBN. She and her co-worker, Jenna Lee was the first and foremost broadcaster on the air when the network made its debut.

Furthermore, she has made a great contribution to other Fox New York, NY1 News, CNN and News 12 Long Island. Moreover, she made her appearance on the Fox News Channel’s late-night satire show Red Eye w/Greg Gutfeld as a guest panelist.

Nicole Petallides is a happily married woman. She has been married to her husband, Nicholas Tsiolas since 8th May 1998. They took a vow in a simple ceremony held in presence of close friends and family. Petallides was escorted down the aisle by both her father and step-father.

They first met on a blind date and eventually fell in love after meeting a couple more times. Nicholas is a Manhattan dentist. The duo is blessed with two sons and is living a blissful and contented married life.

Nicole has successfully established herself as a capable broadcaster with her skills and hard work. Not only name and fame she has gained a number of fan followings who always praised her mesmerizing work. Being an anchor and top-level broadcaster, she receives a good sum of money as a salary.

As an employee of one of the top news TV channel owned by Fox Entertainment Group she certainly earns a whopping amount of salary from her profession. Allocating information from several sources it is estimated that her current net worth is around a million.