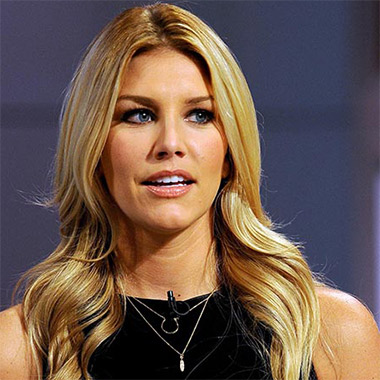 Charissa Thompson is a well-known American television host and sportscaster; currently the Host of FOX NFL Kickoff and Co-Host of EXTRA with Mario Lopez & Tracey Edmonds. She is the co-host of Fox Sports Live and is seen in many baseball programs including The Baseball Report on GSN and The 2007 MLB All-Star Game Red Carpet Parade. Thompson has previously worked for various networks such as Versus, GSN, and Big Ten Network.

Charissa Thompson was previously married but now she is single. Furthermore, her net worth is approximately $3 million in 2019.

Charissa Thompson, who is a Christ believer reportedly earns $0.5 million annually and her net worth is estimated to be $3 million dollars.

With a tremendous net worth, she is living a lavish life-style. Further, she resides in Venice, California.

Despite the fact that Thompson maintains her personal life low-key, she revealed in an interview that she was married in the past but ended up divorcing. Thompson admitted that she was 25 years old when she exchanged the wedding vows.

Currently, there is no record of her having a boyfriend or any romantic love affairs.

Charissa Thompson was born on May 4, 1982, in Seattle, Washington, U.S.She discovered her interest in broadcasting from her childhood and was thrived to reach that goal from an early age.

Charissa Thompson attended one of the largest high schools in Washington called Inglemoor High school in Kenmore. Soon after graduating high school she enrolled at Washington State University prior to moving to California. She was later transferred to attend a community college at the University of California, Santa Barbara and graduated with a B.A. degree in Law and Society in 2004.

She also appeared on Big Ten Network on the college football shows ‘Friday Night Tailgate’ as well as ‘BCS Breakdown’ and the FSN’s ‘The BCS Show’. Thompson partnered with Chris Rose and John Salley and co-hosted ‘The Best Damn Sports Show Period’ until the show axed in July 2009.

She also has hosted FSN’s show ‘Toughest Cowboy’ and co-hosted ‘Big Saturday on GSN. She also hosted countdown show Big Ten’s Best on Big Ten Network. In 2009, she was seen in the television show Shaq Vs.. as a sideline reporter. In the fall of 2009, Charissa was promoted to work for Versus as an ice-level reporter.

She was seen on the NFL Network’s NFL Now Updates in 2010. The same year, she served the Yahoo! Sports, as its reporter covering the Vancouver Olympic Winter Games of 2010. She co-hosted with NASCAR driver Michael Waltrip the Speed Network’s ‘Fast Track To Fame’. For Yahoo! Sports, she covered Africa’s FIFA World Cup in June and July 2010. She also has covered BCS National Championship game in January 2011 for Yahoo! Sports.

Later in February 2011, Thompson and Lindsay were replaced by Brian Engblom and Pierre McGuire from their ice-level reporting staff. Thompson has co-hosted reality TV series Splash with actor Joey Lawrence in 2013. In 2014, she co-hosted television show ‘Extra’ with Mario Lopez and Tracy Edmonds. She joined ESPN in June 2011.

SERVING ONE OF THE BIGGEST SPORTS NETWORK

Charissa Thompson joined ESPN in September 2011 and co-hosted the show ‘Numbers Never Lie’ with Michael Smith which debuted on September 12. She also served SportsNation and ESPN First Take as a filled-in host.

In July 2012, she took the position of Michelle Beadle and became the host of SportsNation for NBC. In June 2013, Thompson departed from ESPN to join FOX Sports. She then co-hosted ‘Fox Sports Live’ on Fox Sports 1, which is aired at 11 pm Thompson has interviewed various sports personality during her career including the Philadelphia Phillies pitcher Cole Hamels.