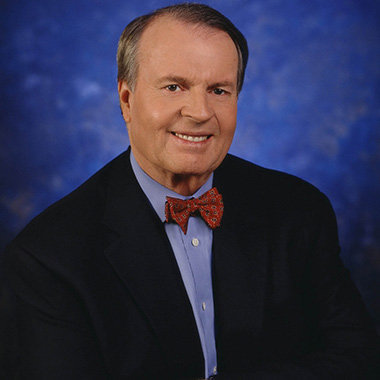 Charles Osgood is the host of daily program The Osgood File which has been broadcasted on the CBS Radio Network Since 1971. Born on January 8, 1933, Charles Osgood represents himself as an American radio and television commentator and also a writer. He has been appearing on the daily program The Osgood File as a host since 1971 on the CBS Radio Network. He is also the host of CBS News Sunday Morning. He is also known for his voice contribution as the narrator of an animated film Horton Hears A Who!, which was released in 2008. He has also written a memoir of his boyhood.

Charles Osgood was born in the Bronx, New York City but he did not spend much time in New York. He moved to Baltimore Maryland along with his family. He completed his high school education from a school in Baltimore Our Lady of Lourdes Catholic School. He has written a memoir about his life as a growing child in Baltimore during World War II under the topic Defending Baltimore Against Enemy Attack (2004).  Osgood earned a bachelor of science degree in economics from Fordham University in 1954. During his days in Fordham, he started to work for WFUV, the University’s FM radio station which was starting point of his career in radio and television.

“There are no exceptions to the rule that everybody likes to be an exception to the rule.”

Charles Osgood served in the U.S. Army in between 1955 and 1959 as a member of The United States Army Band. He used to perform with The United States Army Chorus and also held the position of master of ceremonies for the army concert band. He is also a pianist. Collaborated with army band, his single Gallant Men (1967) with his lyrics won a Grammy Award for spoken word performance.

In August 1967, he started his career in WCBS, anchoring the first-morning drive shift. He has been hosting Westwood One’s The Osgood File on radio stations nationwide. Similarly, he has been appearing on the television as a host of CBS News Sunday Morning since 1994.He has been famous for his unique style of presentation on television as well as radio.

Osgood is a writer of syndicated newspaper column which is published twice in a week. He has authored six books including Nothing Could Be Finer Than a Crisis That Is Minor in the Morning (Holt, Rineheart & Winston, 1979), The Osgood Files (G.P. Putnam’s Sons, 1991) and See You on the Radio (G.P. Putnam’s Sons, 1999). His most recent book is Defending Baltimore Against Enemy Attack (Hyperion, 2004).

Osgood is currently married to Jean and the couple has five children named Winston, Anne-E, Emily J., Jamie, and Kathleen. Throughout his successful career, he has made net worth of $1.5million. He was honored with National Association of Broadcasters Hall of Fame in 1990 and was also awarded Paul White Award in 2005 by Radio Television Digital News Association.