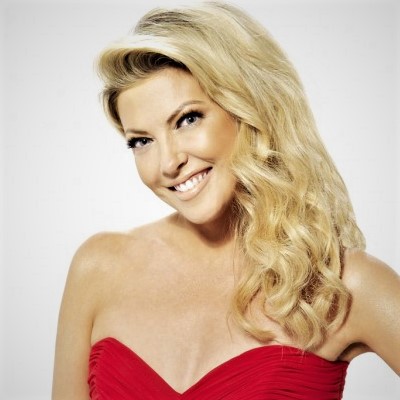 Cheryl Hickey is a Canadian journalist, famous as the host of Global Television Network’s ET Canada program. Hickey has previously worked with a Barrie, Ontario station called “The New VR.”

Cheryl Hickey was born on 8 January 1976, in Owen Sound, Ontario, Canada. Her grandfather, Thomas, fought with the RAF in WW2. She has two siblings. During her childhood, she was a tomboy. Her mother and sister work as an entrepreneur. 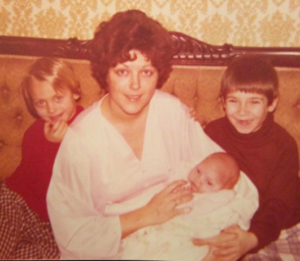 She attended West Hill Secondary School in Owen Sound, where she became a Student Council President. While working at a local cable station, at the age of 16, Cheryl became the “media bug,”  and during that time she knew that she wanted to be a reporter. Then, she enrolled at Fanshawe College in London, Ontario where she studied Television Arts and Radio.

When she was a teenager, she was a live mannequin and modeled clothes in the store window of Owen Sounds’s Jean Machine. After completing her graduation from Ontario’s Fanshawe College, she began her career from the K106.5, a local cable station as a correspondent. Then, she served as an afternoon news anchor.
After working around one year later, she moved on to The New VR in Barrie, Ontario, where she worked as a production’s assistant. After that, she became a writer for their six o’clock newscast. At the same time, she mastered how to operate a camera and film the news.

She joined the Global Television Network working as a photojournalist and as a news chopper reporter on May 1999. In 2001, she moved into working in the news covering court to crime and everything else they sent her way. She later decided to go to the entertainment beat, covering the hottest stars and allowing viewers to rub shoulders with Hollywood’s elite. Besides her hosting career,  Hickey has produced a “Special 10 Wired Days”, documentary. 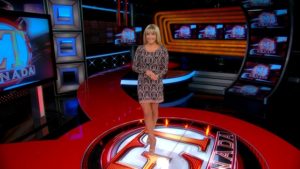 She has also reported the Rolling Stones benefit concert (also known as SARSstock); the Grammy Countdown 2004 pre-show in New York City; the Toronto Molson Indy; and a live pre-show for Canada’s Walk of Fame.  Since her joining Global Television Network, she has interviewed celebrities ranging from Brad Pitt to Oprah Winfrey and also reported from the red carpets of the Oscars, the Golden Globes and much more. 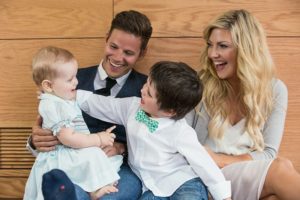 Cheryl Hickey with her family
Source: The Write Balance

She was nominated for a prestigious Canadian Screen Award, and was named one of Hello magazine’s “50 Most Beautiful People”. Cheryl brings her trademark glamor, professionalism, and girl-next-door appearance to every event, whether it is hosting on-stage, producing a personal keynote, or acting as a brand spokesperson. The 5′ 4 ” is active on social networking sites such as Facebook, Twitter, and Instagram. She is earning her salary from her journalism career however still unknown to us.