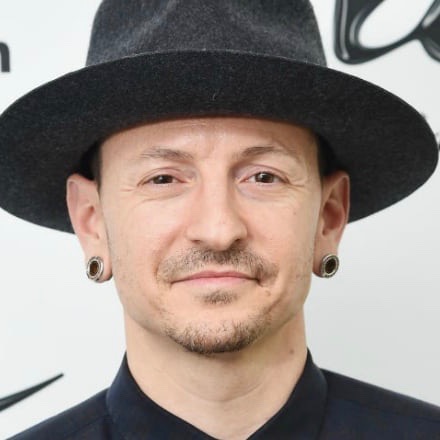 Chester Charles Bennington was one of the multi-talented artists of the 90’s. He is a singer and songwriter best known as the vocalist in an American Rock Band Linkin Park. Similarly, he was also a lead singer for the band Stone Temple Pilots and Dead by Sunrise.

Recently, on 20th July 2017, it is confirmed that Chester has been found dead at his home near Los Angeles. He died at the age of 41, on his closest friend Chirs Cornell birthday.

According to several sources, it is known that Chester was found hanging when he was found last time by his employee.

Chester was born on 20th March 1976, in Pheonix Arizona, the United States. He was a son of police detective father Lee Russell Bennington, and a nurse mother, Susan Elaine Johson.

Similarly, he has a half brother named Brian Bennington. Regarding his nationality and ethnicity, Chester was a white American.

A true music lover, Chester had an interest in music since his early age. He grew older aiming to be a member of American Rock band Stone Temple Pilots which he successfully did it. The days were going better.

However, a huge change occurred in his life after a divorce of his parents. During that time, his frustration led him to get involved in drugs.

Afterward, Chester was banned from leaving home as his mother noticed that he was addicted to drugs. But he later overcame his bad habits and began focusing on his singing career. In the beginning, he worked at a burger shop and then joined a band named Sean Dowdell and His Friends?

After a debut with a band Sean Dowdell and His Friends? They released three tracks in 1993. However, their records did not come into a highlight. Then they decided to form a new band Grey Daze. In that respect, they released three albums called Demo, Wake/Me, and no sun today in 1993, 1994 and 1997 respectively.

Though Chester was giving most of his time on his singing career, he was not able to gain the popularity. He was frustrated and almost quit singing career but eventually, the vice president of music publishing company, A&R offered him for the future members of Linkin Park.

There, Chester gave a successful audition and made his professional singing debut with it. Similarly, At that time, he met the Mike Shinoda and worked along with him.

Later,  talented and hardworking Chester released the album called, Hybrid Theory. That album gained a huge attentions from his fans at a short time. Then they subsequently released several albums. Some of his albums are listed below.

Moreover, in the year of 2013, he joined the American rock band Stone Temple Pilots. During that time, he worked with the band for two years and left the band on good terms due to his commitments with his band Linkin Park.

Recently he had released his album named One More Light. In this album, his songs are very heart touching. Some of his songs are, Heavy, Nobody Can Save Me, Battle Symphony,  Sorry for now, Good Goodbye, etc.

Besides his singing career, Chester had also made an appearance in films such as Crank, Crank: High Voltage, Saw 3D, Artifact.

Recently on July 20, 2017, Chester died by hanging at his home in California. This news has shocked thousands of people at present. Many people are curious to know the purpose of his death, but till the date, the exact reason is still unknown.

His death news came highlight in social media after his close friends and rapper of Linkin Park, Mike Shinoda announced on his Twitter account.

Chester was a married man. He first got married to his beautiful girlfriend, Samantha Marie Olit, on 31st October 1996. He had a son named Draven Sebastian Bennington from that relationship.

Chester remained with Samantha for nine years and got divorced. Before that, he had a child from the previous relationship with Elka Brand. Similarly, he also adopted a son named Isaiah.

After the divorce, he subsequently married a Playboy magazine model, Talinda Ann Bentley with whom he had three children. The couple was spending a perfect time together. However, the tragic end came into their life after Chester death.

Chester Bennington had earned a huge amount of money from his singing career. His first debut album Hybrid Theory was certified diamond by the RIAA becoming the best selling debut album of the decade. Linkin Park has sold more than 70 million albums worldwide.

Chester was fond of driving cars. His first car was 1996 Hyundai Accent. He stayed in a beautiful and expensive house worth millions of dollars.