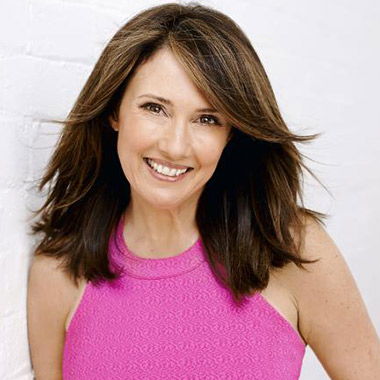 Chris Bath is a famous Australian Journalist and Television personality born on May 13, 1967, as Christine Bath. She is the former presenter of Seven News Sydney in weekend and Sunday Night which was current affairs program. She left the Seven Network on July 27, 2015.

Bath was raised in Sydney and she tended Holroyd High School and Sydney University in 1985 and studied psychology, German, legal institutions and English only for a couple of months. Then she began to work at a restaurant in Surry Hills. She became trainee manager at Kmart in Maryland but quit the position because she was not allowed to make jokes while announcing red light specials.

Bath married Denis Carnahan in 1997 who is a composer and together they have a son named Darcy in 2000 but their marriage ended in 2008. After divorcing with Denis she married to Jim Wilson to whom she had a relation for four years. In 2013 the couple was featured in New Idea magazine.

Peter Bowers, who is a columnist for Sydney Morning Herald suggested Bath to study communications at Mitchell College (currently Charles Sturt University) in Bathurst. Bath won the scholarship and did her major in politics. She was broadcasting on community radio station 2MCE-FM during her studies. Sydney AM radio station 2UE offer a job to Bath as a cadet reporter. After that, she worked for Prime Television station AMV-4 in Albury for 20 months. At the beginning, she used to work as a weather reporter and eventually became a full-time newsreader.

Bath Joined Newcastle’s NBN Television in 1991 and continued to work for five years as a reporter and host to the evening news broadcast. She resigned at NBC because she was offered a position by Seven Network in Sydney. Chris did various presenting roles in Seven before becoming a presenter for Seven’s Morning News. Bath co-hosted 6 AM news bulletin with Peter Ford which is currently called Sunrise for a year. (1996-97). After that, she hosted morning political interview named Face to Face and also present Seven’s Late News.

Bath worked about 18 hours a day in mid-1997 presenting afternoon news updates, filling in as host of 11 AM, recording the news bulletin and also presenting 11 PM Late News Bulletin. Bath was a reporter for Witness in 1998 but the program was axed last year. In 2000 Sydney Olympic Games she was part of the Seven’s host team and co-hosted the prelude at opening ceremony while she was seven months pregnant.

Bath was a contestant in 2005 Dancing with the Stars series alongside Trenton Shipley who was a professional dancer. They together secure the second position but she obtained the highest score from judges. Ada Nicodemou secured the first place in that season. After that, she had a good net worth. Bath started to present Seven Morning News from Monday to Thursday in 2006. In late 2006 she presented a reality series You’ve Got the Job.

Bath presented Seven Late News and Seven 4:30 News on Fridays from 2006 to 2007. In 2009 Seven Network started the current affair program Sunday Night where Bath was appointed as host. She also hosted the weeknight’s Seven News Sydney because of the retirement of Ian Ross. In 2014 Mark Ferguson replaced Bath as the main anchor. In 2015, after serving 20 years in Seven Network she decided to leave the network.