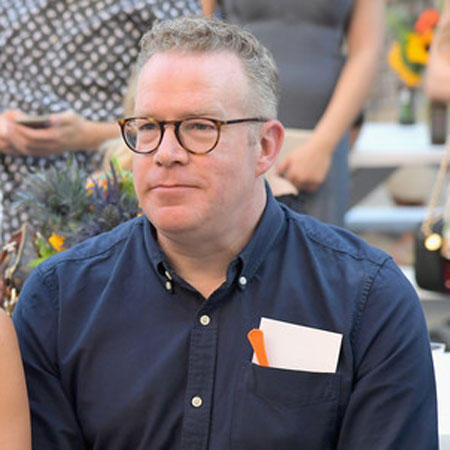 Chris Tallman is one of the pre-eminent actor and comedian. He is widely renowned for his role Hank Thunderman on the Nickelodeon series, The Thundermans and Gary the Klansman on Reno 911. Before that, he was a star actor of the NBC’s comedy show, Thank God You’re Here.

As an established actor, Chris Tallman has accumulated a decent amount of money. He made the net worth of $1.2 million with passion and dedication. Till date, he has appeared on numbers of television shows such as Chocolate News, Crossballs: The Debate, Thundermans etc.

Similarly, he also played in the movie Reno 911: Miami and Robot Bastard!. Besides, in 2007, he received the Channel 101 Lifetime Achievement Award which was hosted by Channel 101.

Chris Tallman is happily married to Sarah Stanard since 2006. The husband and wife have been together for more than 10 years. Yet, they don’t seem to have plans for a baby. The couple might be having some personal issues which they don’t like to share with the media.

Chris Tallman was born on September 22, 1970, in Madison, Wisconsin to American parents. He attended the Madison West High School from where he debuted his acting career. While at the Madison, he performed at the numerous theatre groups. Likewise, he also served as a member of an improvisational comedy organization, ComedySportz.

Chris Tallman gained a huge attention from his admirers after appearing in the television series, Thundermans along with Rosa Blasi, Maya Le Clark, Jack Griffo and so on. Likewise, he was also the creator of the renowned channel 101 series, Time Belt which he directed, co-produced, wrote and starred in.

Till the present context, he has made an appearance in the multiple television series including Why Not Angel, How I Met Your Mother, The Kings of Queens and so on. Currently, he is focused on his acting career and now serves on the roster of ComedySportz Los Angeles.