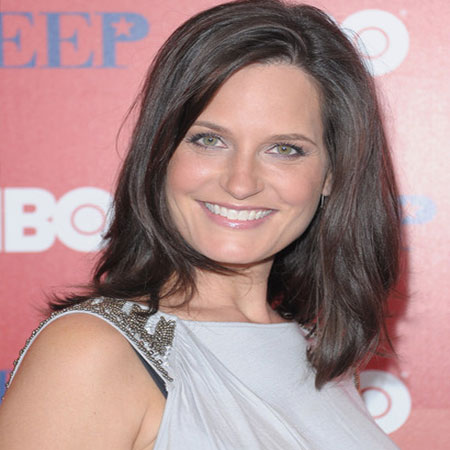 Contessa Brewer is a television journalist who is best known as the host of the MSNBC weekend program “Caught on the Camera.”

Brewer was born on March 16, 1974, in Parsonsfield, Maine, United States. She completed her high school education from Sacopee Valley High School located in her home state Maine, in 1992.

She began her career at MSNBC in 2003, when she started to work as an anchor and a correspondent. Since then she has been serving NBC News and MSNBC. Before joining MSNBC, she worked at WTMJ-TV as a weekend anchor and reporter. Similarly, she also has experience of working for KMIR-TV.

Conflict with Don Imus, Judd Gregg, and Other controversies

During spring 2005, she was working as a news reader on the Imus in the Morning radio show when she got involved in a public feud with Don Imus after the New York Post published a gossip item.

In the gossip published by the New York Times, she was allegedly overheard dishonoring the radio personality, which was enough to rouse him. Don Imus gave his response immediately on air, and this cold war led to the end of her tenure at Imus.

In January 2010, she interviewed the New Hampshire Senator Judd Gregg and raised a question about the cuts in the federal budget. Gregg failed to give a proper response to the question before he created a conflict situation throwing the question “Which programs are you willing to cut? Are you willing to tell schools, no money for you?.” Gregg responded to the situation very belligerently saying Brewer was “absurd,” fundamentally dishonest”, and “irresponsible in handling the interviews.”

During her tenure, she has pulled several controversies.

In August 2009, she was condemned and was accused of editing a video to obscure the race of the black man who was carrying an AR-15 assault rifle at an Obama appearance in Pheonix, Arizone, on August 17. Conservative blogs later condemned Contessa for her remark on the story, “you have a man of color in the presidency and white people showing up with guns strapped to their waists or to their legs.”

Similarly, she was also criticized for her comments about the “2010 Times Square car bomb attempt”.

There was part of me that was hoping this was not going to be anybody with ties to any kind of Islamic country, because there are a lot of people who want to use this terrorist intent to justify writing off people who believe in a certain way or come from certain countries or whose skin color is a certain way. I mean they use it as justification for really outdated bigotry

Caught on Camera, and Personal Life

Since August 2011, she has been hosting Caught on Camera after retiring  from her anchoring job on MSNBC.

Brewer is currently married to her husband, Dan Senor. Though her professional life seems full of controversies and conflicts, she has a strong rapport with her husband. The couple is blessed with twin sons.