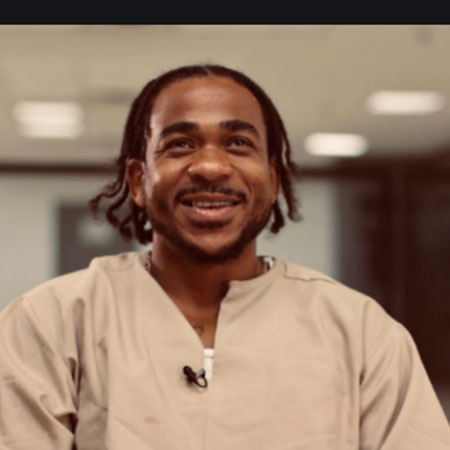 Charly Wingate, best known by his stage name Max B, is an American hip-hop artist who has been active in the industry since 2005. He released his debut studio album Vigilante Season in 2011.

Max B was born on May 21, 1987, in Harlem, New York City, United States. He had a tough time in his childhood after his mother Sharon Wingate was sent to jail for 18 months for her drug addiction.

He was then brought up by his grandparents. Max B grew up listening to the collection of rap music cassettes which was left by his brother Eric, who was killed in 1996 in Baltimore when he was sixteen years old.

In 1997, Max B was accused of a robbery and had to spend prisoner life for seven years. He started recording his music after being released from the prison in 2005

At the begging of his career, he enjoyed an affiliation with The Diplomats and was a close friend of Cam’ron. He met Jim Jones through Cam’ron and formed ByrdGang in 2006 including Jim Jones, Stack Bundles, Mel Matrix and Lady Jha Jha. The group recorded the mixtape M.O.B on July 7, 2006.

After having the issue of payment and recognition with Jim, Max B left the group in 2008 and started to work on his own projects collaborating with AI Pac, Mak Mustard, and Scarlett O’Harlem. Likewise, he collaborated with rapper French Montana and released a song “Waavvyy”. He released his fifth mixtape, Million Dollar Baby 2, which was his first solo, after the separation from ByrdGang. Similarly, his other mixtapes include Public Domain 3, Wavie Crockett and Coke Wave.

Max B had spent many months in jail before he was incarcerated for 75 years in 2009 after he was found guilty of murder and robbery charges. On August 30, 2012, his appeal was denied, and he was sentenced to complete his 75-years of incarceration.

Despite being a prisoner, Max B has been active in the industry. He has been contributing to various artists’ project through phoned-in verses and messages from prison, like the collaborative mixtape A Wave Called Yes with labelmate Young Riot. Likewise, his phoned-in verses were featured in Isaiah Toothtaker’s release.