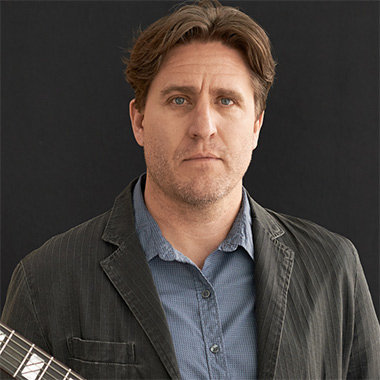 Corey Christiansen is Meteorologist and co- anchor for the morning weather forecasts for WeatherNation. He has experienced every type of weather except a hurricane. He has covered storms that produced tornadoes and big sized hail in Denver. He is passionate in keeping viewers up-to-date information about the weather. There is very few information about his childhood details. However, he grew in Sandy, Utah. He is easily misunderstood by people for the jazz guitarist whose name is similar as Corey Christiansen. He is famous for his performances and musical works such as a roll with it, lone prairie, Quartal harmony and Corey Christiansen’s trio. But here we are talking about the weatherman Corey Christiansen.

Talking about Corey Christiansen’s education, he was schooled at Alta high School located in Sandy, Utah where he finds his passion and love for broadcasting in 5th grade. They were taken to a field trip to CBS station in Salt Lake City where he was hooked by the broadcasting world. Pursuing his aim, he graduated from Brigham Young University and hold a degree in Broadcast Journalism. He was an excellent student. Later on, he even participated in Meteorology program which was conducted by Mississippi State University scoring 4.0 GPA. He took a two-year break from college to serve a mission for his church in British Columbia, Canada.

Addition to his achievement, he has earned the Seal of approval from the National Weather Association and American Meteorological Society as well. In late 2011, Corey Christiansen joined the CBS2/Fox 28 first team as Chief Meteorologist. Later he shifted to Iowa from Denver where he worked for KCNC and KMGH designated as a meteorologist. He has also worked for KVEW in Kennewick, Washington and for KREX in Grand Junction, Colorado as a weather anchor. In one of his interviews, he said that his most memorable and extreme weather experience was when he was working for a local station in Denver. He was at the middle of Colorado’s monstrous snowstorms. Corey and his photographer were stuck in four feet of snow. He also mentioned that he admires Mark Eubank who is also Chief Meteorologist and is a role model for Corey.

Besides his professional life, he is married and has two young children. He and his wife have one son and one daughter.  During free time, he enjoys to spend time with his family and going to parks. He states himself as an extreme decorator. In one Christmas he decorated his house with 20,000 lights which are extreme so far. His personal life is as good as his professional life. His Biography can be found on a different site on the internet but somehow mixes with the same name but different persons. Such as, Dr. Corey Christiansen who is a chiropractor from Cottage Grove Family Chiropractic and Real Estate agent from Alberta whose name is also Corey Christiansen. Co-incidentally there are multiple numbers of persons having a mutual name.