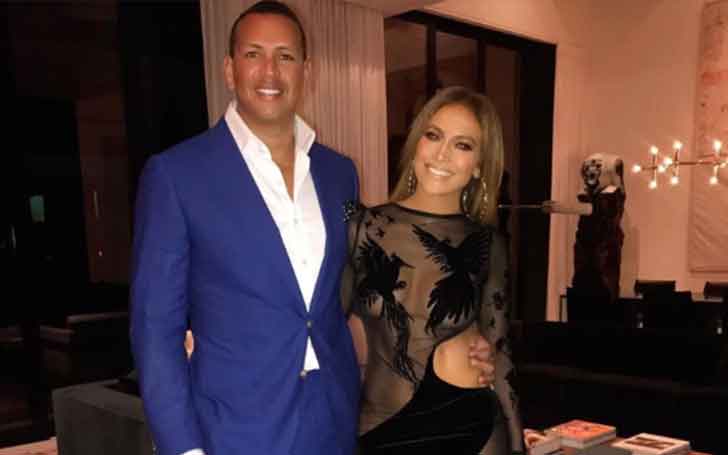 The Jenny From the Block singer, Jennifer Lopez might just be hinting her boyfriend, Alex Rodriguez to put a ring on it through her new song El Anillo which translates to The Ring. However, there is no pressure. The songstress recently attended The Late Night Show with Jimmy Fallon where she discussed her relationship with the baseball player.

JLo’s personal life has always garnered a lot of attention. The Hit on the Floor singer has not always been lucky in love. With three failed marriages and numerous other dating partners, the singer is currently happy in a relationship with Rodriguez.

Jennifer Lopez recently made an appearance on The Late Night Show with Jimmy Fallon. In the show, she danced on the segment Fast Song. However, the interview about JLo’s new song caught the attention of many.

The singer revealed that the song was about getting proposed after being in a relationship for some time. Fallon was quick to bring in her relationship with A-Rod (Rodriguez) to which she jokingly said “No pressure”.

Well, it is natural for people to be asking whether the couple will get married or not. However, none of them have popped the question to each other just yet. In the April’s issue of Harper’s Bazaar, Lopez stated ” And I would love to grow old with somebody in a committed relationship. But I’m not forcing anything right now.”

It looks like Lopez is just letting the relationship take its time. Rodriguez and Lopez do not seem to be in any hurry just yet. The two are, however, open to getting married in the future. According to an insider, the two have talked about marriage and other long-term plans.

Lopez and Rodriguez began dating in March 2017. The two had first met back in 2005 during a Yankees game. Who would have thought they would end up being boyfriend and girlfriend.

Since getting together, the couple has enjoyed various getaways to exotic places. Apart from that, they have spent time with each other’s children as well.

Lopez has twins named Emme and Max from her previous marriage with Marc Anthony. On the other hand, Rodriguez has two children with ex-wife Cynthia Scurtis named Natasha and Ella. The pair has also attended Met Gala together two years in a row.

Jennifer Lopez and Rodriguez celebrated their one-year anniversary on 5th Feb 2018. The two are supportive of each other. They have gushed about each other many times during interviews. They both are very happy and love each other very much.

Prior, to dating A-Rod, JLo has had a handful of relationships. She was married to Cuban waiter Ojani Noa from 1997 till 1998. Their marriage lasted for a brief amount of time. However, JLo is still facing legal problems due to her ex-spouse.

Lopez then dated rapper and record producer Sean Combs for a brief time. JLo was also married to back up dancer Cris Judd from 29th September 2001, till June 2002. The divorce was due to some irreconcilable differences.

After that, she went on to have a high profile relationship with actor Ben Affleck. They were engaged in November 2002 but finally ended their relationship in January 2004.

After that, Lopez tied the knot with her longtime friend Marc Anthony in June 2004. They have twins together, Emme and Max. Their divorce was finalized on 16th June 2014. Lopez got the primary custody of the children. She was then dating her former back up dancer Casper Smart on and off from 2011 till 2016.

Well, now the songstress is in a happy relationship with Rodriguez. Perhaps the two will tie the knot in coming future.