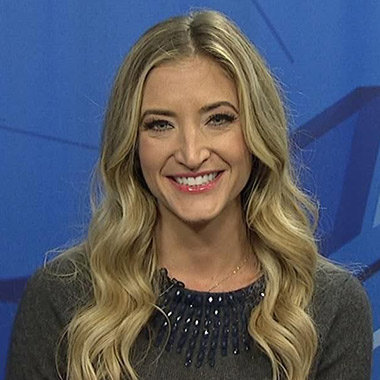 Cynthia Frelund is a SportsCenter Predictive Analytics for ESPN who has been working forESPN since December 2012.

Born and raised in Okemos, Michigan, United States completed her high school education from one the famous school of her hometown Okemos High School. She attended Boston College in 2001 and earned Bachelor of Science (BS), Biology, General in 2005. She has a double degree. She earned Master of Science (MS), Predictive Analytics from Northernwestern University. Upon completing her first degree in Predictive Analytics, she got into one of the prestigious B-School, Kellogg School of Management. She earned Master of Business Administration (MBA), Entrepreneurship & Innovation, Marketing, Finance. During her days in Kellogg, she was involved in VP Marketing Club.

From 2007 to 2012, she worked for Equinox as a certified Pilates and Group Fitness Instructor. In 2010, she joined Disney-ABC Television Group and started to work for Business Development. Similarly, she became Certified Pilates and Group Fitness Instructor at East Bank Club in 2005 and has been working there since then. On the other hand, she has also been working as an associate director at ESPN since 2012 and she has also been serving as the producer and Next Generation Content Strategy at ESPN.

At ESPN, she has been looking for new opportunities and business models and she holds the position as SportsCenter Predictive Analytics since February 2015. She focuses on identifying “what/who to watch for”.  She has experience of running 20 marathons in 20 states (going for all 50) and has been working has Pilates and Group instructor since 2001. Besides her professional career, she has also been involved with Bright Pink, the national non-profit organization that works for the prevention and early detection of breast cancer and ovarian cancer in young women.

There is no any information about her married life, children, and relationships. She looks gorgeous when she gives cheerful smile and her blond hair has added more beauty to her face. Frelund is active on twitter and facebook and she keeps updating about various sports events and shows through her account. She has more than 14k followers in twitter and detail information on her professional life can be found in her LinkedIn Profile. This Kellogg graduate has been a source of inspiration for those who have been crawling to pursue a career as a sports analyst.