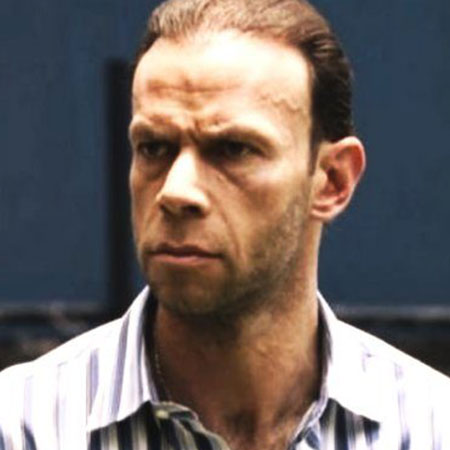 Luis Roberto Alves dos Santos Gavranic, often known as Zague or Zaguinho, represents himself as a former Mexican footballer and current football pundit for ESPN Deporters. He has also been working as a host of the ESPN Mexico show Futbol Picante.

Born on May 23, 1967, in Mexico City to Brazilian parents, he spent most of the time of his childhood days in Brazil and began his career football career in Brazil. In 1985, he returned to Mexico and started to play football for club America from 1986. With his magnificent football skills, he has been able to gain popularity within a short period of time. He became club’s highest goal scorer leaving behind some of America’s greatest players. Zague was the one the fastest strikers of his time and he was physically at the time so he was always a headache for the opponent’s defence. During 1993 CONCACAF Gold Cup he was a member of the Mexico squad and helped the time to win the title. He became tournament top scorer with record breaking 11 goals, which is the highest that a one player has ever score in one tournament of CONCACAF Gold Cup. In a list of Mexico all-time goal scorer, he is at the 6th place and he is 11th in the appearance records with 84 appearances. He has scored 209 goals in Primera Division de Mexico which make him the 7th highest scorer. Zague made appearances in various clubs such as Atlante (1996-1997, 1998-1999), America (1985-1969, 1997-1998) and Necaxa (2000-2003). He made 612 appearances in club games and scored 214 goals. He made 84 appearances for the national team in between 1988 and 2002 and scored 30 goals. Similarly, during his tenure, team Mexico became the runner-ups at the Copa America in 1993. After having a successful career for more than a decade, he announced retirement in 2003.

Even after, Zague could not keep himself far from football and involved in various activities related to football. From February 2013, he has been associated with ESPN Deportes team and has been serving as a commentator for Futbol Picante and Los Capitanes. He can be seeing presenting pre-match analysis and post-match analysis of various soccer games. Having experience on ground for more than a decade, his analysis seems very logical and many teams take his analysis into consideration. He is the one the best player Mexican football has ever got. Before joining ESPN, he has been commenting for several years. Zague was very famous for his strong physical appearance, he has a height of 6’4’’ which is very height for a football striker. Till date, Zague has not spoken about his personal life in media so there is no any information about his married life, children, and relationships. Throughout his successful football career, he had made net worth of $3million. Zague is active on facebook and twitter.