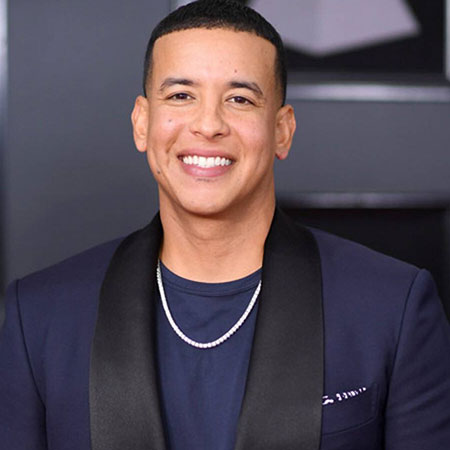 Daddy was born on February 3, 1977, in San Juan, Puerto Rico. His birth name is Ramon Luis Ayala Rodriguez. At first, he wanted to play major league baseball but he was injured by a round of bullets. After that, he had to forget his desire of being a pro baseball player. He then decided to focus entirely on a music career.

In 1990, he appeared on the DJ Playero’s Mixtape, Playero 34 with the song “So’ Persigueme, No Te Detengas”. On April 2, 1995, he released his studio project “No Mercy” through BM Records and White Lion Records. He became the first artists to perform reggaeton. He collaborated with the rapper Nas in the song “The Profecy” for the album “Boricua Guerrero” in 1997. In 1997 and 2001 he released “El Cartel” and “El Cartel II” respectively. Both of his album became famous around Puerto Rico. His album “El Cangri.com” became the first album with international success in 2002. His album includes hits like “Latigazo”, “Son Las Doce”, “Guayando” and “Enciende”. He collaborated with producers Luny Tuners in the album “Mas Flow” in 2003. He released an album “Los Homerun-es” in 2003. The album contains five new songs and 12 remakes of DJ Playero’s albums song. His first single from the album is “Seguroski”.

In 2004, he released “Barrio Fino” by El Cartel Records and VI Music. The album won many awards which include a Latin Billboard and Lo Nuestro Awards. He also received many nominations. The album was produced by Luny Tunes and DJ Nelson. The album sold 500000 copies in the US. He won many international awards in 2005. The album won “Reggaeton Album of the Year” award. His hit single “Gasolina” won seven awards and eight nominations. Time named him one of the 100 most influential people on April 30, 2006. He signed a contract with Interscope Records for $20 million.

On June 5, 2007, he released “El Cartel: The Big Boss”. The album includes the participation of Tainy Tunes, will.i.am, Neil and Scott Storch. The first single from the album is “Impacto”. He promoted his first single by attending many concerts. During his Santa Cruz de la Sierra concert, his 50000 fans attended his concert. He appeared as a guest in Wayne Wonder, Bounty Killer, and Elephant Man. In July 2008, he announced he would produce a cover version of Thalia’s song “Ten Paciencia”. He released his album “Talento De Barrio” on August 17, 2008. On April 17, 2009, the album was awarded Multi-Platinum by RIAA. He also performed at the Vina del Mar International Song Festival on February 27, 2009. He received “Silver Seagull”, “Silver Torch” and “Gold Torch” recognitions. He also won the Spirit of Hope Award on April 24, 2009. On October 8, 2009, he released his single “Grito Mundial” from his album “Mundial”. On January 12, 2010, he released his second single “Descontrol”. On August 4, 2010, he released his third single “La Despedida”.

On September 11, 2012, he released his album “Prestige”. The first single from the album is “Ven Conmigo” which was released on April 12, 2011. On October 4, 2011, he released his second single “Lovumba”. The album won Best Urban Song nomination at the 2012 Latin Grammy Awards. On June 20, 2012, he released his third single “Pasarela”. The last single from the album is Limbo. On March 8, 2013, the album was certified as Gold by RIAA. He performed in the 2013 Vina del Mar International Song Festival on February 25, 2013. During the festival, he performed “Ella Me Levanto”, “Limbo”, “Descontrol”, “Gasolina” and “Pose”. He won the Golden Seagull, the Silver and Golden Torch recognitions.

He leased his mixtape “King Daddy” on October 20, 2013. The album was produced by Los de La Nazza. The mixtape includes 11 tracks with collaborations from Farruko, J Alvarez, Divino, Yandel, and Arcangel. He went on his King Daddy tour from May 13 to June 22, 2014. He toured in several cities of Europe and South and North American cities. As a part of his King Daddy’s bonus track, he released the single “Ora Por Mi” on June 17, 2014. He released another single “Palabras Con Sentido” on September 2, 2014. He released his first English single “This Is Not A Love Song” on September 9, 2014. The single features new rapper Duncan.

As of 2016, Daddy Yankee’s successful career has earned him a net worth of $15 million dollars.