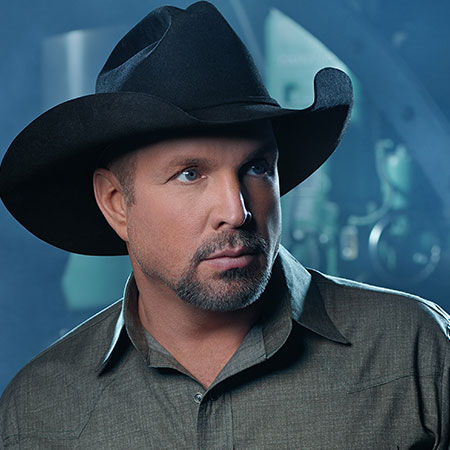 Garth Brooks is an American country music singer and songwriter. In 2007, RIAA named him the Best Selling Solo Artist of the Century in the United States.

Garth was born on February 7, 1962, in Tulsa, Oklahoma, U.S. His birth name is Troyal Garth Brook. He was born to Troyal Raymond Brooks, Jr. and Colleen McElroy Carroll. He is the youngest child of his parents. He learned to play the guitar and banjo. On August 6, 1999, his mother died of throat cancer. While he was in his high school he played football and baseball. He attended Oklahoma State University in Stillwater and earned track scholarship there. In 1984, he graduated from there with an advertising degree. He began his professional music career by playing guitar in clubs and bars in Oklahoma. He then travelled to Nashville to pursue a recording contract.

In 1989, he released his eponymous first album. The album successfully reached at No. 2 on the U.S. country album chart. It peaked at No. 13 on the Billboard 200 pop album chart. The first single from the album is “Much Too Young”. His other singles from the album are “If Tomorrow Never Comes”, “Not Counting You” and “The Dance”.

On November 13, 2001, he released his final album “Scarecrow”. He released “The Ultimate Hits” on August 18, 2007. The first single from the album is “More Than a Memory”. His single reached No. 1 on the Billboard Hot Country Songs chart. He announced his signing with Sony Music Nashville on July 10, 2014. He went on his first world tour on July 25, 2014. He released his comeback single “People Loving People” on September 3, 2014. His new album is “Man Against Machine.