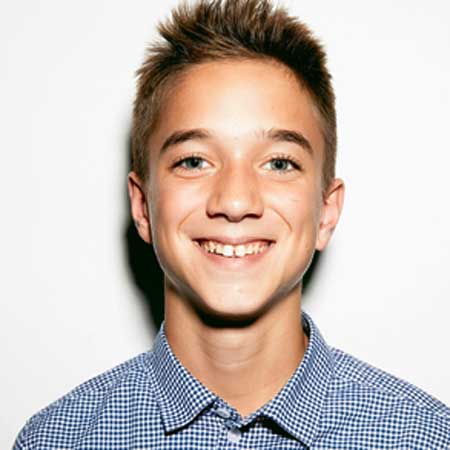 Daniel Seavey is an American pop singer and contestant of the 14th season of American Idol. Moreover, he is one of the five band members of the band, “Why Don’t We.”

Presently, Daniel Seavey is a leading figure in the media as an upcoming pop artist in the music industry. He is currently enjoying his single life very much.

Daniel Seavey was born on 2nd April 1999, in the city Vancouver in Washington in the United States. He is the son of  Jeffrey Seavey and  Keri Seavey. His father also worked as a pastor at Living Water Community Church. He has three siblings named Christian Seavey, Tyler Seavey and Anna Seavey.

He began learning music at the age of seven. Daniel began to learn to play guitar, violin, cello, mandolin, piano, ukulele, drums, as well as bass. During his high school days, he participated in American Idol. He completed his graduation in 2017. There is no detail information about his education.

Daniel Seavey auditioned at the age of 15 from San Francisco and appeared on the season 14 of Fox Channel’s ‘American Idol’ show in 2015. He was the youngest contestant to compete on the show and was in high school when he decided to give it a try.

Daniel Seavey came to attention for his singing of a piano version of the song ‘Hallelujah’, where Judge Jennifer Lopez was totally rolled over by him and praised his efforts and incredible singing skills. Moreover, he was glorified by the audience and viewers, however, he could not make it to the finals.

During the Hollywood round on show ‘American Idol’, Seavey had sung Ed Sheeran’s “Thinking Out Loud”. He also sang ‘I See Fire’ which also follows to have been sung by Ed Sheeran, With his singing ‘Straight Up’ he achieved a place in the top 24.

On 1st April 2015, Daniel Seavey was eliminated had become to come in the 9th place but he had succeeded the heart of millions.

Daniel Seavey Why Don’t We

After the show, he did not rest and he began to engage on the social media to give molding to his great passion and love for singing. He also used this platform to showcase his multitude of talents. He started posting musical videos on the YouTube.

On September 27, 2016, he joined with several other four young singers. They created a boy band named, “Why Don’t We.” The members told that they looked up to Justin Beiber while they were building up as a band.

Some of the band’s famous songs are “Something Different,” “Help Me Help You,” and others. Presently, they are seen mostly working with YouTuber Logan Paul.

Daniel Seavey is currently reached 18 years old and it is totally too young to marry. Being a teen sensational star he has been becoming the central point of spotlight whether he is dating anyone or not.

Well, Daniel Seavey is rumored to be dating Lovey James but he has not yet admitted up about this new relationship. Daniel Seavey and Lovey have done a number of song covers together. When Daniel Seavey is asked about his girlfriends, he just says that he does not have one or that he is single.

It seems like he does not want to come spotlight due to his relationship and his relationship status is the great part of the interest of his ladies fans. But as of now, they can only wait until he shares these details.

Daniel Seavey draws a lot of money as salary and has a good amount of net worth. Consequently, he has made some wealth out of it. Daniel Seavey has more than 188,000 followers on Twitter. Furthermore, his Instagram followers exceed 779,000 in number.

Additionally, he has around 41,000 followers on Facebook. His band has a YouTube channel with more than 900,000 subscribers and 57 million views. By seeing this we can assume that he is making a very handsome amount of money and his estimated net worth to be great.