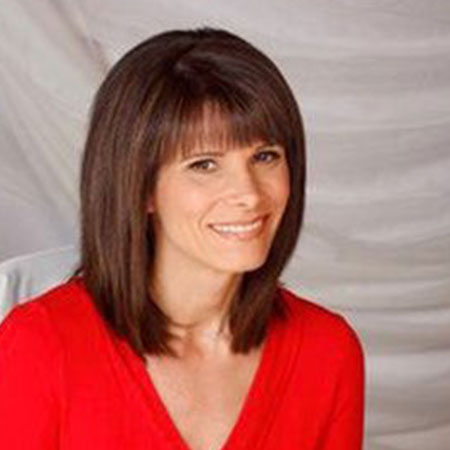 Daryn Kagan is a well-known American journalist and former CNN anchor who has also gained name and fame as an author.

Born on January 26, 1963, in Santa Barbara, California, United States, Daryn spent most of her childhood days in Beverly Hills, California.

She completed her high school education from Beverly Hills High School in 1981.  During her high school days, she gained an identity as an avid runner. She has a graduate degree from the Stanford University.

After completing her graduate study from Stanford University, she applied to various reputed networks. Soon, she was offered a stint at Santa Barbara television station. She fulfilled an on-air job at the station and moved to KTVK in Phoenix, where she worked in the position of general assignment reporter. After working as a journalist for several years, she found the job quite monotonous and soon developed a need to do something different, which led her to the additional role of weekend sports anchor. Despite working with her best effort, KTVK did not renew her contract.

Daryn later got an offer from CNN/SI, where she held the position of sports anchor and correspondent. Working on the position, she covered various sports events such as Super Bowl, the NBA Playoffs, and International figure skating championship.

She also used to work for CNN sports as a CNN news anchor/ correspondent. Additionally, she also covered various political events such as second Gulf war, the Washington D.C. sniper attack investigation and September 11 attacks. She also traveled to Africa with musician Bono and covered stories of AIDS and famine for CNN. For CNN, she also covered various musical events including several Academy Award ceremonies.

“bucking the media tide with an emphasis on stories that illustrate the triumph of the human spirit.”

Besides her career as a writer and anchor, she has also worked as a narrator and producer of the 2008 Gracie Award winning film Breaking the Curse, which was aired on PBS. She has also made her identity as an author. Her first book What’s Possible! was published in 2008 by Meredith Books.

She is currently married to  SummerFest, with whom she tied the knot in 2012 at a small, private ceremony in North Carolina. Before engaging in a marital relationship with Daryn, SummerFest was a single father looking after her daughter after the death of his wife.