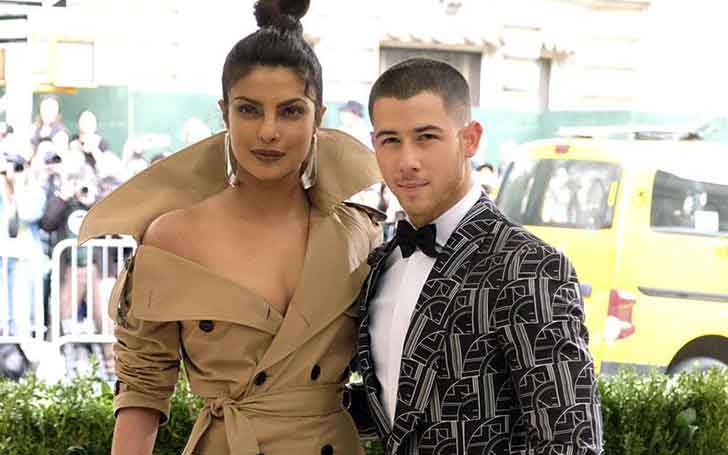 The Bollywood princess, Priyanka Chopra has been doing well in the Hollywood industry. Now, it seems she is dating the famous pop singer, Nick Jonas. The two have sparked dating rumors by appearing together multiple times within the week. Let’s find out the details, shall we?

Priyanka and Nick have been friends for some time now. This is not the first time that the two have been linked together. However, it seems this time the rumors can be true. To know about their relationship dynamic and the multiple sightings together; keep scrolling.

The rumors of their dating affairs have surfaced after Priyanka and Nick were spotted together multiple times this Memorial weekend. A source told US Weekly that “They are dating and it’s brand-new. It’s a good match and they are both interested in each other.”

First, the Quantico actress and Jealous singer enjoyed each other’s company while watching the “Beauty and the Beast” live concert at Holywood Bowl on May 25, 2018. An eyewitness said that “They walked in together just before the performance was starting, they looked great together, but no hand-holding or obvious PDA”. Later the two apparently snuck out of the show right as it was ending.

Following their Friday night outing, Priyanka, 35 and Nick, 25 attended an LA Dodgers game on May 26, 2018. An onlooker said, “Priyanka and Nick were talking really closely and were very smiley and very happy.” The onlooker also stated that the two were not showing any PDA but just talking and laughing a lot.

To top it off, the two went on a boat ride with buddies the following day. Priyanka, the highest paid actress of 2017, snuggled up to Nick Jonas as they were being pictured alongside friends Glen Powell, Wilmer Valderrama, and Chord Overstreet.

[ CAPTION: Priyanka Chopra and Nick Jonas with friends on a boat ][ SOURCE: E! ]

Well, it looks like the two spent some quality time over the weekend. The three dates, or so it seems, has refueled their romance rumors. However, the two were careful not to engage in PDA. Priyanka and Nick are yet to comment on the rumors.

Prior to this, Nick Jonas and Priyanka Chopra attended the 2017 Met Gala together. They were both flaunting Ralph Lauren. Priyanka was clad in a brown trench coat that featured a long train. On the other hand, Nick looked dashing in a tuxedo with geometric prints and a bow tie.

Priyanka later explained that the joint appearance was purely platonic. She said, “We were on the same table and we already know each other.” Later the actress added, “So he was like ‘Hey, you wanna go together?’ And I was like, ‘Yeah, OK, let’s go together.’ It ended up working out.”

Now the dating rumors have surfaced again. Hopefully, the two will come out clean about their relationship soon.