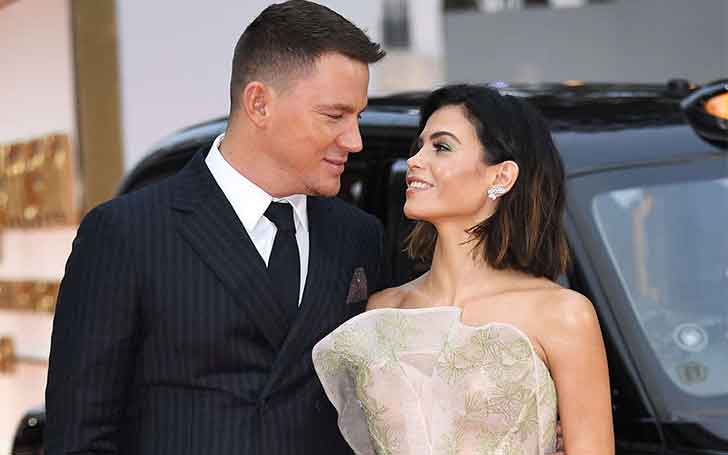 An American actor, Channing Matthew Tatum or simply, Channing Tatum got married to wife, Jenna Dewan in 2009 are no longer a couple but are planning to co-parent their daughter, Everly.

The 38 years’ actor, Channing who has a five-year-old daughter form partner, Jenna has recently been separated and in the process of divorce. Although they decided to separate from each other, the couple will be taking care of their daughter together. Let’s get to know in detail regarding their relationship in this article. Also, know the relationship between Jenna and Channing and reason behind their separation.

Struggling and making a career successful is very important but, the most important job in life is to parent the children. Its equal duty of both father and mother to take care of their child even after getting separated. Actor Channing and his ex-wife who has recently separated, has also decided to co-parent their daughter as Jenna said while giving an interview to Harper’s Bazaar.

As per her, they are used to it and they are in a very positive energy together and trying best for being one of the best parents to their daughter, Everly.

As their daughter is only five years’ old, it’s important for a little girl to be with her mother because the mother can take care of a child better than a father does. For now, Jenna’s most important thing in life is her daughter than any other thing and she is giving it her best.

Starting from the beginning of their love story, the couple met each other for the first time in the sets of their movie, Step Up in 2005. Working together as a co-star they came closer and shortly after they finished filming, they developed their friendship to a romantic love relationship.

After dating each other for a couple of years the couple took a step ahead in their relationship and got engaged in September in Maui. As per the People, Channing surprised Jenna by asking her to get married to him in front of their close ones by presenting a beautiful ring.

And after a year of their engagement, the couple tied the knot on July 11, 2009, in a closed ceremony surrounded by their close friends and family in Malibu at Church Estates Vineyards.

On May 31, 2013, Jenna gave birth to their first child, daughter, Everly Elizabeth Maiselle Tatum in London. As the interview was given by Channing in some tabloid source, the middle name of her daughter came from Jenna’s and his grandmother’s.

However, the romantic couple who in stayed the marriage for around nine years has recently called off their relationship. Till now the reason for it has not been disclosed yet.