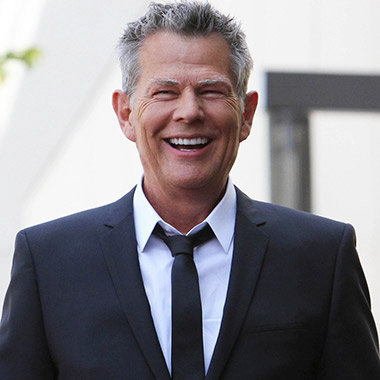 David Foster, a Canadian musician, record producer, composer, and songwriter was born on November 1, 1949. He is best known for producing many hit songs and singers like Christina Aguilera, Michael Jackson, Jennifer Lopez, Alice Cooper, Michael Buble, Celine Dion, Madonna and many others. He has been awarded 16 times in Grammy Awards. He is also the chairman of Verve Records. David was born in Victoria, British Columbia, Canada.

David Foster's father Erin Foster was a maintenance yard superintendent and mother Sara was a homemaker. He joined the University of Washington for the music program when he was just 13 years old. While he was in his teenage, he moved to England with the rock band called The Strangers and after some time he went to Toronto where he played together with Ronnie Hawkins. After some years of staying in Toronto, he moved to Los Angeles, California in the year 1974 with his band Skylark. Talking about his career, David was in the band Skylark and he was a keyboardist. In 1973, the band released a song “Wildflower” which was a huge hit and was on the list of top ten hit. After some time the band was disbanded but he stayed back in the Los Angeles.

David played a vital role as a studio player and arranger in the making of the 1979 album Earth, Wind and Fire album I Am. He also contributed as a co-writer on six tracks of the album. In the year 1980, David and his co-writers Jay Graydon and Bill Champlin won the Grammy Award for Best R&B Song for the song “After the Love Has Gone”. In the 1980s, he has contributed to many hit songs that topped many charts in U.S. like “Hard to Say I’m Sorry”, Stay The Night”, “Love Me Tomorrow”, “You’re the Inspiration”, “Glory of Love”, “Forever”, “What About me?” and many more. In the 2000s, David produced many major-label debut albums under his 143 records.

In the year 2003, David Foster won an Emmy Award in the Outstanding Music and Lyrics category for The Concert for World Children’s Day. He has also composed a song for the film The Score in 2001 which was used in the film. Till date he has worked with many famous singers, musicians, producers and has arranged music for them. He is one of the multitalented people in the music industry. David has won 16 Emmy Awards in 47 nominations. His first Emmy Award was in the year 1980 for the song “After the Love Has Gone”. After that in 1983, 1985, 1987, 1992, 1994, 1997, 2008 and 2011 he won an Emmy Awards. In the year 1992, he was nominated in three different categories and he won in all of them.

Talking about his personal life, David Foster is a married man. Till now he has got married four times. His first wife was a singer/writer B.J. Cook. The couple had a daughter in 1973 and named her Amy Foster-Gillies. Cook already had a daughter from her previous marriage and stayed with her. His second wife was Rebecca Dyer with whom he married on October 27, 1982. They had three daughters together. Their first daughter Sara Foster was born in 1981, Erin Foster their second daughter was born in 1982 and their third daughter Jordan Foster was born in 1986. The couple got divorced in 1986. After getting divorced from the second wife, David married again in the year 1991 with an actress Linda Thompson.

The couple collaborated on several songs when they were together. In the year 2005, the couple got divorced. Then on November 11, 2011, David married with t Yolanda Hadid, the Dutch model and interior designer in Beverly Hills, California. But the couple announced their decision of getting divorced on December 1, 2015.Despite being a multitalented and famous person he has had many ups and downs in his life. His matrimony life seems to be quite unstable. While talking about his net worth, according to the sources he has an estimated net worth of $30 million (2016).