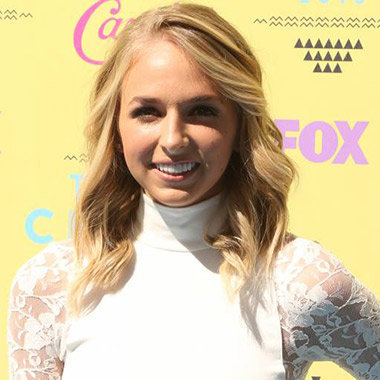 Born in July 9, 1996, Jennifer Ann “Jenn” McAllister is an American Youtuber, author, actress, blogger, internet personality and comedian. She was born in Holland, Pennsylvania. She is well known by her YouTube stage name as jennxpenn.  According to her twitter account, she claims to be really professional internet person. She has three channels on YouTube, jennxpenn as her main channel, jennxpenngames(as the name suggests, her gaming channel, and jenn which is her vlog channel. Her main YouTube channel has over 2.1 million subscribers.  She has over 130 million video views. That generates a hell of an income for 19 years old young Jenn. Her total net worth is about $1.3 million. That’s really awesome for nineteen years old, isn’t it? She was nominated for the Teen Choice Award in august 2014. The video which she filmed with her friends named “Fab Five in Real Life “ for which Jenn got nominated for “Choice Web Collaboration” and also for “Choice Web Star: Comedy”.

Concerning about her education, Jenn McAllister attended school in Pennsylvania up until her senior year. According to the rumor, she dropped out of the school. She was very good student never failed any subjects. In her vlog, she mentioned that she wanted to go to college and get a business degree. Her Youtube career started in January15, 2009 when she created her jennxPenn channel. Till she had experience with YouTube already through a channel called “KikoAndPenn”. She joined the group MyCollab in 2009 which led her to gain many subscribers.  She signed a YouTube partnership deal with AwesomenessTV in 2013. She moved from Pennsylvania to Los Angeles, California in July 2013 to pursue her YouTube career.

In May 2014, Jenn McAllister went on the tour which lasted for one month throughout America and different part of Canada with her friends, fellow YouTuber, and musician Tyler Ward. While she was in the tour, She got a chance to host the Ward’s concert. In March 2015, she announced that she would be releasing an autobiography of her entire life through Scholastic Publishing, called "Really Professional Internet Person”. Everyone have their ups and downs. Her downs were when her all three YouTube channels were hacked and deleted in September 2012. The Hacker posted all sorts of private information, including her phone number and her parent numbers as well even her passwords to all of her online account. Her I cloud was erased with her contacts, photos and more. She took a break from social media because she was afraid that the hackers would attack again.

The story behind her unusual YouTube name was that she received the nickname from her friend as Penn in around 5th-6th grade. When she went to create her own channel on YouTube the username JennPenn was already taken. So she simply added and X between Jenn and Penn which led her in making JennXPenn. In addition,she shared an apartment with fellow YouTube star Andrea Russett.