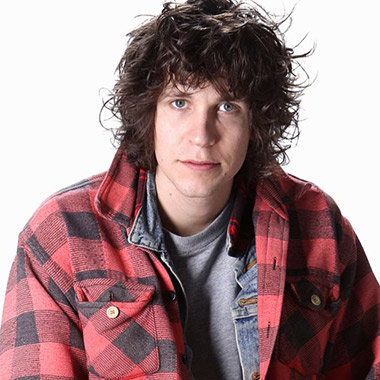 They are many young talented artists in Canadian Music industry who have gained name and fame as a musician before they reach their 20s. But there are some musicians whose music received wide appreciation at their late 20s. Tobias Jesso Jr., with birth name Tobias MacDonald Jesso Jr, is a Canadian musician who was noticed by public only in his early 30s. He debuted professionally in Canadian music industry with his album Goon in 2015 and since then he has been gaining wide recognition and which led him to the list of 20 Biggest Breakouts of 2015 of Rolling Stone Magazine.

Talking about his early life, Tobias Jesso Jr. was born July  11, 1985, and raised in North Vancouver, Canada and completed his high school education from one of the schools of his hometown. Having an interest in music since childhood days, Jesso started to play guitar at the early age. In his young age he used to spend his most of the time in observing notes on various musical instruments. He realized his passion in early age but despite becoming famous in an early age without having much knowledge of music, he worked hard to flourish his music skills.

Tobias Jesso lived in Los Angeles for 4 years and during his stay, he played bass. After meeting numerous musicians in Los Angeles, he returned to his hometown in North Vancouver and started playing piano along with working in a moving company. During the same period, he wrote his first song “Just A Dream” which was based on Piano. Jesso is a co-writer of famous songs such as “When We Were Young” and “Lay Me Down”.

Jessos reached a height of success after his first album ‘Goon’ was released in August 2013 after his painful break-up. He got support from JR White, Patrick Carney, John Collins and Ariel Rechshaid for the production of his debut album. Adele and Alana Haim tweeted about his song “How Could You Babe” which helped him to gain wide recognition and attention. He got a chance to collaborate with a superstar such as Adele and Sia. His collaboration with these two celebrities can be seen in the song “Alive”. Originally, this song was created for Rihana but Sia recorded it and mention it on her album. Jesso's musical style has been influenced by the singers/songs writers of the 1960s and 1970s such as Randy Newman and Harry Nilsson. This talented singer has created many melodious tunes on his piano, which he learned to play at the age of 27.

Digging Tobias Jesso' personal life, although he has mentioned that he released his album ‘Goon’ after the pain-full break but there has been no any authenticate information on with whom he had been dating. There have some rumors about his relationship with Taylor Swift after they were seen together in a post-Grammys party. But they have not accepted it. Jesso is a tall guy with the height of 6’7’’ and he might have earned good money from his debut album but it is still too early to estimate his net worth.