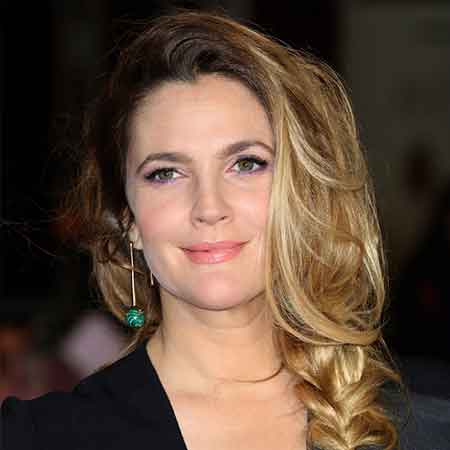 Drew Barrymore is an American actress, producer, director, author, model, and entrepreneur widely known for her role in E.T. the Extra-Terrestrial. Barrymore is married thrice and had two children.

But all of her weddings ended up with a divorce. Barrymore was first married to Jeremy Thomas. After that, she married Tom Green and Will Kopelman. On the other hand, she was also engaged to Jamie Walters and Leland Hayward III.

Drew Barrymore was born on 22nd February 1975, in Culver City, California, United States. Her father John Barrymore is an actor and mother Jaid  Barrymore an actress. She grew up along with her siblings John Blyth Barrymore, Jessica Blyth Barrymore, and Blyth Dolores Barrymore.

Until the age of 7, Barrymore grew up in Poinsettia Place in West Hollywood and later moved to Sherman Oaks. Barrymore attended Fountain Day School and Country School.

Drew Barrymore made her acting debut through the movie Altered States in 1980. She next starred in the movie E.T. the Extra-Terrestrial for which she won Young Artist Award for Best Supporting Actress. For her role in Irreconcilable Differences, Barrymore was nominated for Golden Globe Award.

Her other notable movie appearances are in The Wedding Singer, Charlie’s Angels, Blended and others. Barrymore has worked in a collaboration with stars including Dominic Cooper and Kristen Bell.

Drew Barrymore is a divorced woman. Barrymore was previously married thrice and had two children from her relationship. Since her early ages, Barrymore began dating guys. Barrymore was first married to Jeremy Thomas.

Barrymore tied the knot with her first husband Jeremy on 20th March 1994. But their relationship didn’t last as the couple divorced just after a year of their wedding on 18 February 1995. Barrymore married her second husband Tom Green on 7th July 2001.

Well, her second marriage was also not successful, as the pair divorced on 15th October 2002. Even two divorces didn’t stop Barrymore from falling for someone. On 2nd June 2012, Barrymore exchanged her vows with Will Kopelman.

Similarly, Barrymore was also in a relationship with Corey Feldman, David Arquette, Luke Wilson etc. Including all, Barrymore has been in a total of 26 relationships. At the current moment, Barrymore is single and is focusing on her career.

So far, Barrymore has starred in several movies and television series. Well, Barrymore further donates money to the charities. Seeing her hard work and dedication, the net worth of Barrymore will surely increase in the coming days.