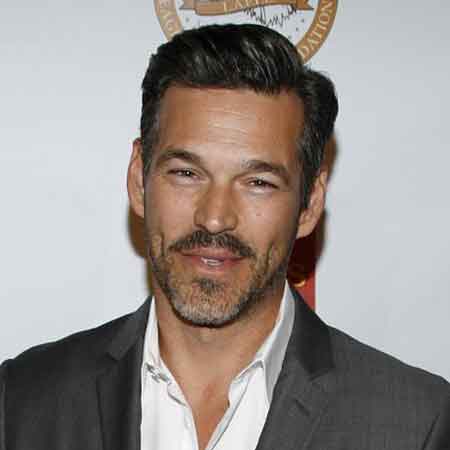 Eddie Cibrian is an American actor better known for his portrayal role as Cole Deschanel on the television series, Sunset Beach. Furthermore, his other notable roles are in Invasion, Third Watch, and CSI: Miami.

Cibrian is living with his wife LeAnn Rimes. Likewise, he was previously married to wife, Brandi Glanville.

Eddie Cibrian was born on 16th June 1973, in Burbank, California, in the United States as Edward Carl “Eddie” Cibrian. His father Carl Cibrian was a banker and mother Hortensia Cibrian an office manager.

Cibrian attended the Montclair College Preparatory School. He completed his graduation from the University of California, Los Angeles.

From 1993 television series Saved by the Bell: The College Years, Eddie Cibrian made his acting debut portraying the role of Janitor. He next appeared in The Young and the Restless as Matt Clark from 1994–1996. Cibrian gained a wide recognization after he starred as Casey Watkins in 1996 series Beverly Hills, 90210.

Likewise, Cibrian made his movie debut through Living Out Loud as The Masseur. After that, he starred in several movies including But I’m a Cheerleader, In the Beginning, The Cave, etc. For his role as Cole Deschanel in Sunset Beach: Shockwave, Cibrian got nominated for two Soap Opera Digest Awards.

Moreover, Cibrian was further nominated for two ALMA Award for his role in the series Third Watch. Similarly, his other notable television roles are in CSI: Miami, Tyler Perry’s For Better or Worse etc. Furthermore, Cibrian has also appeared in Baby Daddy, Rosewood and Take Two.

Eddie Cibrian is married twice in his life. Well, he was previously married to an American television personality Brandi Glanville. The couple tied the knot in May 2001. They together have two sons Mason Edward Cibrian and Jake Austin Cibrian. Even being the parents of two children, the couple failed to continue their relationship and finally separated in July 2009.

It was mentioned that the reason behind their separation was due to Eddie’s affair with his present wife LeAnn Rimes. Well, their divorce was finalized on 30th September 2010. Later Cibrian and LeAnn got engaged on 27th December 2010. And after a year, the couple shared their vows on 22nd April 2011, at a private home in California.

Since their marriage, the couple is still together and yet there are no any rumors of their divorce. Besides this, Cibrian further dated Julianne Morris from 1995 – 1997. Moreover, he was also once rumored to be in a relationship with girlfriend, Scheana Marie.

From his acting career, Eddie Cibrian earns an astonishing amount of money. Since long Cibrian is still active in the field of acting and till date he has starred in numerous movies and television series.

Allocating information from several sources as of 2018 it is found out that Cibrian current estimated net worth is around $1 million.

In 2015, Cibrian sold his 1800-square foot home with three bedrooms and 3.5 bathrooms for $635,000. He currently resides in Hidden Hills, California house which he bought for $3 million in 2013. The house features six-bedroom and nine-bathroom located in 8,642-square-foot.