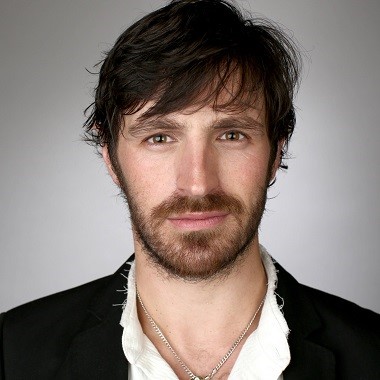 Eoin Macken is an Irish actor, model, author, and filmmaker, known for appearing as T.C. Callahan in the NBC drama series “The Night Shift.” Having active in the entertainment industry since 2004, he has done modeling for Abercrombie, Fitch, Ralph Lauren and GQ.

Eoin Christopher Macken was born in Dublin, Ireland on 21 February 1983. His father, James Macken, died in 2007. He grew up in the middle-class family where his mother used to work on the farm, and his eldest brother used to manage a grocery store in a small town nearby Dublin.

Eoin Macken has a two younger sisters, Freya Macken and Niamh Macken. He also has two half-brothers named, Joshua Macken and Rhys Macken and has a one-half sister, Jane Macken.

Eoin has an honors degree in Psychology. He discovered his potential in acting from his youth and attended the University College Dublin drama society to study acting.

He began his modeling and acting career while he was at University College Dublin, where he participated in University’s Fashion Show in 2002 and 2003. Later, he joined the model agency Morgan the Agency. He became a highly successful model at a young age and became the face of Abercrombie, GQ, and Fitch. He became the face of the Braun campaign in 2008.

Eoin began acting in the short film “Triple Bill” playing The Gunman in 2006. Then, he landed a role Tosh in the film “Studs” in 2006, along with with the stars Brendan Gleeson and Emmett J. Scanlan.

After his father’s dead in 2007, Eoin took a short break from his acting career. He then appeared as Gavin Cluxton in the RTE show “Fair City.” Fair City got a live show called Fair City Sings in 2007 and Eoin Macken became one of the cast members, sang on it, singing “Hallelujah.”

Eoin Macken in an Interview with BBC

Macken also served as a writer and editor in the no-budget indie film “Christian Blake” in 2008 playing Christian. The film premiered at the Mid Ulster Film Festival.

Macken was the face of the Braun campaign and worked as a director, writer, and editor for his second feature film “Dreaming For You,” which he also acted as Adam. The film was selected for the 2009 Galway Film Fleadh having just completed post production in late spring 2009.

From 2010 to 2012, he appeared in the fantasy-adventure television program “Merlin” as a Sir Gwaine. The show was inspired by the US drama series “Smallville” about the early years of Superman and produced by independent production company Shine Limited.

Eoin is currently appearing as TC Callahan in the medical drama series “The Night Shift” since 2014. The series was premiered on May 27, 2014, on NBC; it is created by Jeff Judah and Gabe Sachs.

In 2016, Eoin was in a relationship with Una Healy, an Irish singer. After dating around two years, the couple broke up in 2008.

Then, Eoin Macke began to date Kellie Blaise, an Irish actress in 2010. However, their relationship ended in 2011. As of now, his relationship status is still a mystery as Eoin is not seen with anyone. Being a famous star, he is often subjected to having a girlfriend, dating or affair. 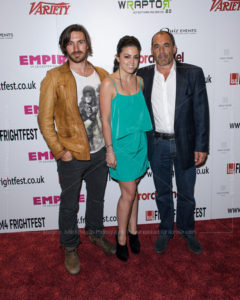 He always wears two charms around his neck, his father’s wedding ring and an Egyptian symbol from his mother. She has a skilled in swimming, horseback riding, golf, soccer, athletics, climbing, surfing, sailing, and kick-boxing. In his spare time, he prefers to listen to music, and his favorite song is: “Bat out of Hell” by Meatloaf.

The 5′ 11″ actor holds an Irish nationality and belongs to Irish ethnicity. Eoin Macken surely earns an attractive salary from his career which adds up his current net worth of $2 million. His income source mostly hails from his works as an actor, model, filmmaker, and author. He has portrayed influential and significant roles in numerous television series and movies. He is active on social networking sites, where he has a huge fan following like Twitter and Instagram.