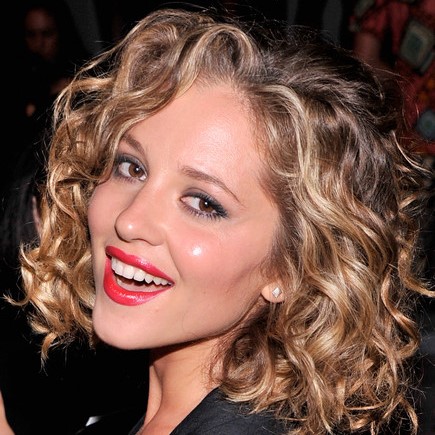 Russian-American actress Margarita Levieva is widely recognized for her role as the Faux Amanda Clarke on the TV series “Revenge” and as Gina Zanetakos on “The Blacklist.“

Margarita Vladimirovna Levieva was born on February 9, 1980, in Leningrad, Russian SFSR, Soviet Union. Growing up in communist Russia, she was raised into a Russian Jewish family. Levieva and her family moved to Sheepshead Bay, Brooklyn in New York City at the age of eleven. Levieva has a twin brother.

She began the very training program of a competitive rhythmic gymnast at the age of three. Levieva proceeded to train for the next 13 years, succeeding competitions in Russia and ultimately going on to compete in the United States. But she did not compete at the U.S. Championships as she did not hold U.S. citizenship, and her family was undocumented immigrants at the time.

She attended high school in Secaucus, New Jersey and gained her bachelor’s degree in economics from NYU, where she worked as a fashion buyer. Her enduring interest in acting accompanied her to be held into the Meisner Training Program at the William Esper Studio.

Levieva began her acting career from the short film “Billy’s Choice” appearing Julie Romano in 2004. Later, Levieva appeared as a guest appearance on “Law & Order: Trial by Jury” as a Stephanie Davis in 2005. At the same year, New York Magazine featured her as one of the 50 Most Beautiful People in New York.

After appearing in several TV series and films, Levieva landed a lead role in the Josh Berman’s serial drama “Vanished,” where she played Marcy Collins in 2006. In 2007, she appeared in a Swedish-American teen supernatural thriller film “Invisible,” as Annie Newton. She appeared alongside Justin Chatwin, Chris Marquette, Marcia Gay Harden, and Callum Keith Rennie.

From 2010 to 2011, Levieva made her recurring role on the Ian Edel man’s comedy-drama television series “How to Make It in America” as Julie. She also starred in the thriller film “The Lincoln Lawyer,” in 2011 with Matthew McConaughey. She portrayed Amanda Clarke (Emily Thorne) on the Mike Kelley’s television drama series “Revenge” from 2011–13, with Emily VanCamp. She is currently making her recurring role Gina Zanetakos on the Jon Bokenkamp’s crime thriller television series “The Blacklist.”

The versatile and dynamic actress, Levieva was in a relationship with her co-star, Sebastian Stan in 2014. The couple met on the set of the film “Spread” in 2009. But after dating for a year, Levieva and Stan separated in 2016. Previously, she was rumored to be dating Canadian actor, Justin Chatwin in 2007.

Levieva holds a Russian nationality and belongs to Ashkenazi Jewish ethnicity. She has a seductive body measurement of 30-23-32 inches. The 5′ 6″ star is active on social networking sites where she has posted her images and photos of her in a hot bikini. As of 2017, Levieva has an estimated net worth of $3 million.