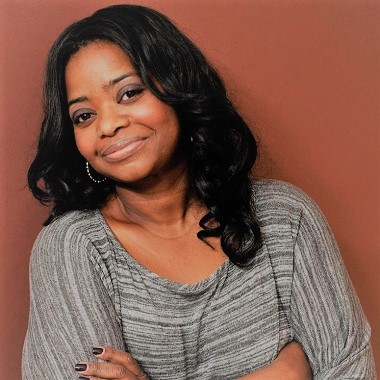 Octavia Lenora Spencer better known as Octavia Spencer is an America actress, film producer, and author. Being one of two black actresses to have received three Academy Awards nominations, she is notable for roles in movies and series like: The Help, Fruitvale Station, The Divergent Series, The Shape of Water and many more.

Not only recognization but Octavia Spencer has summoned great fortune through her acting career. Active in Hollywood film industry since 1996, she has given numbers of hit movies and TV series. Furthermore, her 2011 movie, The Help, reportedly grossed over $169.0 million in the U.S. and over $200.0 million worldwide.

Likewise, her most recent movie, Instant Family grossed $75,094,672 worldwide against its production budget of $48 million. Apart from movies, the actress is reported to earn $75,000 per episode.

Additionally, being an author she is sure to add the good sum to her net worth. As of 2019, she has a jaw-dropping net worth of $12 million, including her all income and properties.

Also, she owns $841,500 Spanish-style home in Los Angeles. The 1,714 square-foot home is relatively small for a celebrity, but the house was built in 1927, giving it that old charm you may not find in modern architecture. The three-bedroom and two bathroom house is located in Toluca Lake and stands pretty with vines growing in the front yard.

Is Octavia Spencer Married? Know about her Husband and Children.

When it comes to her personal life, Octavia, 43 years old, is a quite confidential person. In past years, she was rumored to be dating director of “The Help,” Tate Taylor. But the rumor cooled down after there was no concrete proof. Furthermore, she is also a close friend of Josh Hopkins, an American Actor.

Octavia started her career at the age of nineteen, working as an intern in the movie “The Long Walk Home” as Whoopi Goldberg. In the year 1996, she made her debut in Joel Schumacher’s film “A Time To Kill” as a nurse, starring alongside Sandra Bullock, Matthew McConaughey, and Kevin Spacey.

Since then she has appeared in “Never Been Kissed,” “Big Momma’s House,” “Bad Santa,” “Spider-Man,” “Coach Carter,” and “Pretty Ugly People.”

In 2003, Octavia made a stage debut in Los Angeles in Del Sher’s Play, “The Trials and Tribulation of a Trailer Trash Housewife.” It was her one and only stage performances in play.

Octavia Spencer as an Author

Octavia Spencer is also an author. She published her book “The Case Of The Time- Capsule Bandit” in 2013. On 31st March 2015, she published another book named “The Sweetest Heist In History.”

Octavia was nominated for various awards and was critically acclaimed from the movie “The Help,” where she portrayed the character of Minny Jackson. She won a BAFTA for the best supporting actress for her work in the film.

In 2012, Octavia was awarded the most prestigious honor Oscar Award for the movie “The Help,” directed by Tate Taylor. She got a standing ovation at award function during her speech in the Oscar Award Ceremony.

Octavia Lenora Spencer was born on 25th May 1972, in Montgomery, Alabama. She is the youngest of six siblings. Her mother, Annick Beau was Catholic (French descent), and her father was Jewish. Octavia was raised Catholic and belongs to African-American ethnicity.

She attended Jefferson David High School and graduated in 1988. She took drama classes for two years after graduation until 1989. She joined Auburn University for a bachelor degree in Liberal Arts.