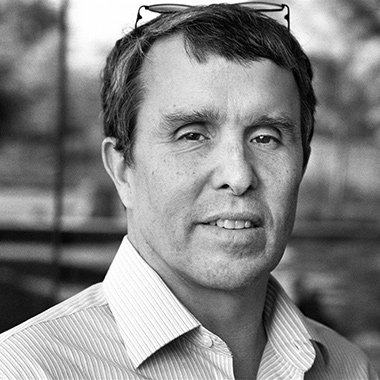 In the world of science, there are hundreds of scientist who has done and achieved marvelous development and has changed the shape of the world. From Einstein to many another scientist, today’s development is solely based on the practice and time they have given into their respective field. Sticking to the topic, Robert Eric Betzig who is best known as American physicist but his stunning work made him no less than a scientist. Born on January 13, 1960, in Ann Arbor, Michigan, United States, he is the world-renowned physicist and the winner of the Nobel Prize for his work and in the field of Chemistry.

Eric who has the wonderful childhood history was very keen in the science and technology from the very early age. In one interview, he even states that from the beginning of the time, he wanted to win the Nobel Prize in science, though he was not sure for which subject or field he will win the Nobel Prize but he was sure he will win it one day. During his school days, he used to sit at the class hours before starting up the class, so that he can know all the things in a clear version. He attended Ann Arbor Pioneer High School and got bachelor’s degree in Physics in the year 1983 from California Institute of Technology. In the year 1985, he went to Cornell University, Ithaca, New York for Master’s and Doctorate degree in applied and engineering physics

Eric Betzig started his career with AT&T Bell Laboratories in Semiconductor Physics Research Department in the year 1989. During his time in AT&T, Eric along with his workmate, William E. Moerner developed the first optical microscope which can bypass the .2 micrometer limit (generally known as Abbe Limit). The invention was quite awesome and useful for his further work but it has one drawback and it would only work in near absolute zero temperature.

Eric became the first man to image individual fluorescent molecules in normal temperature which was less than .2 micrometer in the year 1993 and was awarded William L. McMillan and William O. Baker Award for his research. With his continuous work, he was frustrated with the management committee which not only made him leave the Bell but remain at the house for some years having family time. In the year 1994, he became the vice president of Ann Arbor Machine and developed Flexible Adaptive Servohydraulic Technology (FAST) which was cost millions of dollars but didn’t go well commercially. In 2002, Betzig came up developing the photoactivated localization microscopy (PALM) from his own firm New Millennium.

Along with his colleagues, he developed his first prototype, which gathers the whole world attention and was a big hit. In 2006, he was associated with Howard Hughes Medical Institute’s and developed the super high-resolution fluorescence microscopy techniques which later was used in the study of the division of cells in human embryos. For his marvelous achievement he was awarded Max Delbruck Prize in 2010 but he refuses it and allowed Xiaowei Zhuang to receive the award and in the year 2014, he was awarded Nobel Prize in Chemistry which he shared with Stefan Hell and William E. Moerner.