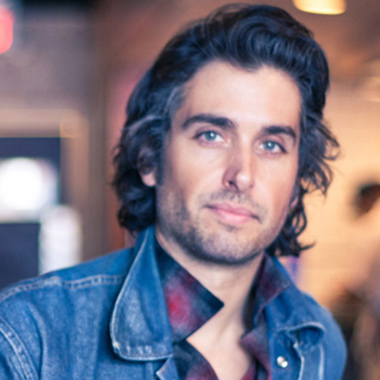 When everything leaves you then music is one of the many things that will stay with you forever. Likewise, if you are happy then you just listen to the music, and when you’re sad you just understand the lyrics. There are numbers of singers and bands who has justify these above sayings. Out of the many singer and song-writer, Peter Elkas is one of the names who has justified this sentence for all over his three decades. Peter who served as the Canadian singer and songwriter was born in the year in 1976, July 24 in the place called Montreal, Quebec.

Peter who has been a playful and soulful singer was always interested in the music field. He was very keen in the early days and as a result, he learned many instruments including guitar, piano, drums, Keyboards and much more. As the days passed, he was involved in the music very deep and as a result, he formed the Montreal band Local Rabbits and started to begin his musical journey. Witnessing the change and upcoming indie-rock genre in music during the 90’s, he began his journey to North America with his band Local Rabbits. Giving the soulful taste and bringing something new to the users, Local Rabbits gained huge respect and attentions along with the loyal fans and critics during their tour.

During the time with Local Rabbits, he released five major albums with them. The Super Duper EP in 1993, Put on Your Snowsuit, You Are Going to Hell in 1994, You Can’t Touch This in 1995, Basic Concept in 1998 and This is It Here We Go in 2001 are his successful endeavors during his time in Local Rabbits. Peter left the band during the 2002’s and began to concentrate his time on songwriting and motivating himself to produce remarkable.

In the year 2004, Peter released his first solo album Party of One which became the sensational hit. The album was critically acclaimed while he met many other important people with whom he got the opportunity to work later. In the following year, he met with Charlie Sexton who was a long time guitarist for Bob Dylan with whom he produced his second album Wall of Fire in the year 2007. With the release, he got the opportunity to play in PopKomm, Berlin, In The City in Manchester (U.K) and SXSW in Austin, Texas. He released the album named Three with Joel Plaskett in the year 2009. Similarly, he released his last album Repeat Offender in the year 2011. The rumors state that he is currently working on another album and will be released soon.

Coming to his personal life section, most of the information has been kept private. Peter who is a remarkable artist must have romantic lives and engaged in multiple dating and girlfriend, however, there have no rumors regarding his affairs. Likewise, it’s also quite unknown whether he has been married or not.