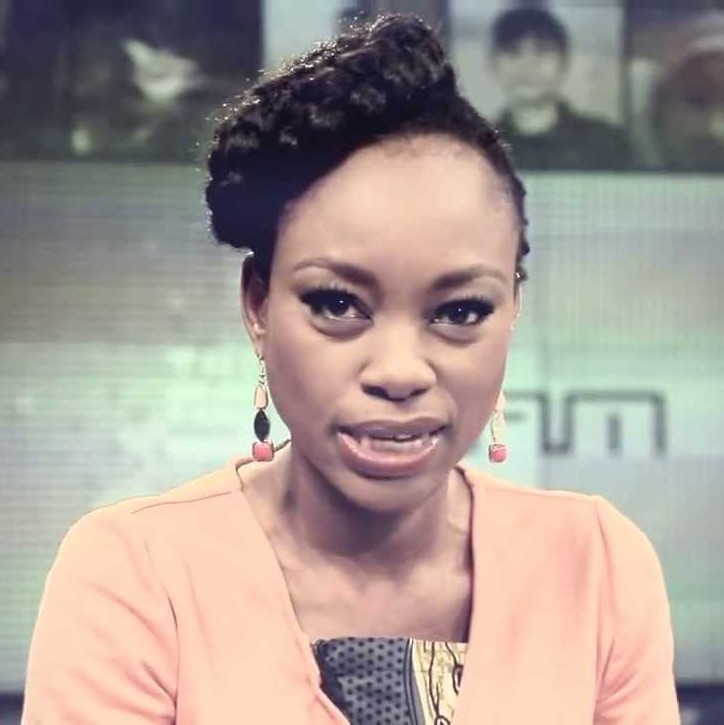 Femi Oke is a journalist and television presenter, who is widely recognized for hosting the interactive current affairs program “The Stream” for Al Jazeera English. Besides this, she also writes for the social media platform Upworthy and appearing as a guest speaker in Universities and United Nations, World Food Programme.

Well, there is no dought that, she has managed to keep secret about her personal life in the public and media. She kept her all personal stuff very secret. So far, she has never seen with anyone.

Femi Oke was born on 30th June 1966, in London England. She is the daughter of Nigerian parents. She has a sibling named Fumni Oke. The information regarding her parents is not available but she has posted her childhood picture with her father, which was taken in 1967.

During her childhood, she was keenly interested in journalism and began her journalism career at the age of 14. At the age of 11, she attended the Belleville Junior School in 1977.

She completed her secondary school from Ensham Secondary School in 1984. Femi graduation from Birmingham, University with bachelor’s degree in English literature and language in 1988.

Oke began her journalism career at the age of 14 as a junior reporter for the United Kingdom’s first talk radio station London Broadcasting Company. After that, Femi associated with Wire TV in 1993. During Wire TV, she has hosted a couple of shows which consists Soap on the Wire alongside Chris Stacey.

In 1993, she went to join BBC as a Reporter/Producer/Presenter, where she worked on a wide range of radio and television shows including Radio WM local news, “Pebble Mill at One”, Radio 4’s youth show “WPFM”, Radio 5’s “The Guest List”, “Entertainment News,” Saturday morning children’s programming, BBC1’s “Top of the Pops,” Radio 1’s diversity campaign “Race Through the 90’s”, and much more.

With her co-host Malika Bilal on the  Al Jazeera  studio

In addition, Femi joined CNN in 1999 and served there for nine years. Previously, Femi also hosted the CNN International’s World Weather service.  She became a member of WNYC Radio in 2008, where she serves as a Senior Editor, news host and reporter for the syndicated public radio morning drive show “The Takeaway”.

Moreover, she was also the host of Your World Today and World News. She is also the regular host of Inside Africa, which currently presented by Errol Barnett. Besides this, Femi is currently hosting on Al Jazeera English.

Femi Oke has currently reached 51 years old and her fans are very curious to know about her personal life. Well, there is no dought that, she has managed to keep secret about her personal life in the public and media. She kept her all personal stuff very secret. So far, she has never seen with anyone. However, on 3rd August 2017, she has posted on her Twitter account saying,

As a successful journalist and TV presenter, Femi surely has a good financial status. She had worked in several reputed TV stations through which she receives a good sum of money as salary.

Allocating information from several sources it is found out that as of 2018 her current net worth is estimated to be around a million dollar. To know about her you can catch her social networking sites like Twitter, Instagram, and Facebook.