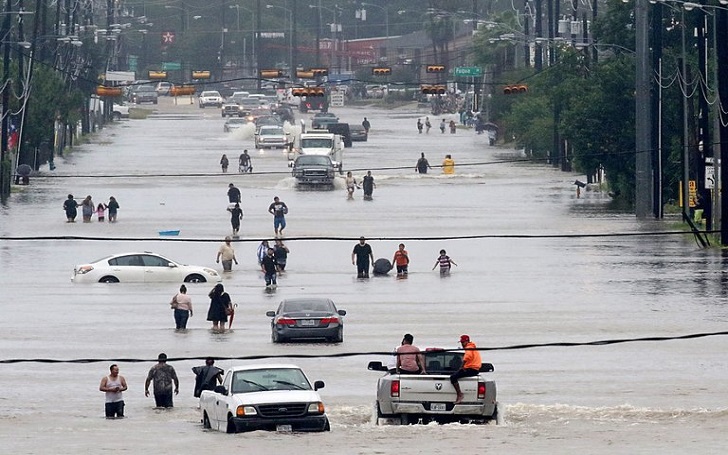 The 4th largest city in the United State has received more than 30 inches of rain and without any doubt, the rain will increase- National Weather Service and the rain is expected to continue until Wednesday.

Ongoing catastrophic and life-threatening flooding will continue across southeastern Texas. Additional rainfall accumulations of 10 to 20 inches are expected across the upper Texas coast, with isolated storm totals as high as 50 inches.

The water kept rising in Houston and the police had rescued more than 1000 people since Monday morning. Let’s watch this video.

More than 15 peoples have been killed and much more are injured. People run towards high floors and then to roof. And the Gov. Greg Abbott of Texas called the storm, “one of the largest disasters America has ever faced,” and also are said that the region would not recover soon.

The most destructive storms in the history of nations, more than 30,000 peoples had taken refuge in an emergency shelter.

Is emergency workers trying to help the flooded areas of Texas? Yes, the emergency workers are trying to rescue those wrecked in flooded areas. But Hurricane Harvey continues to batter the seaboard. American Red Cross of Massachusetts is taking part to provide relief in Hurricane Harvey.