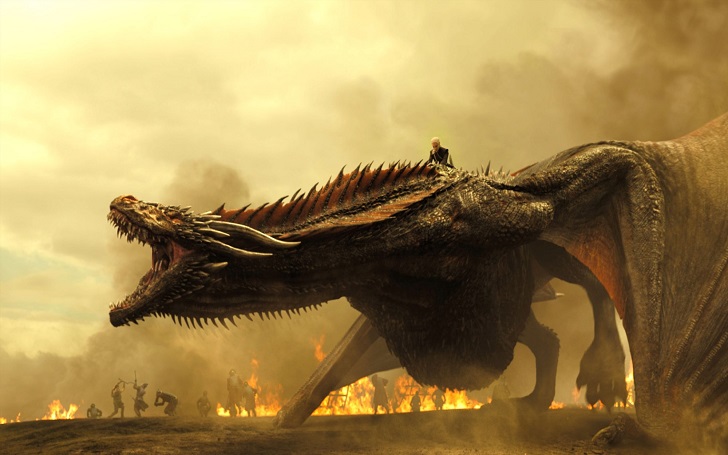 Winter is Here
“This isn’t about living in harmony. It’s just about living.” – Jon Snow
“There’s only one war that matters. And it is here.” – Jon Snow
“When the snows fall and the white winds blow, the lone wolf dies, but the pack survives.”- Sansa Stark

We all were very excited about the final episode of Season 7, Game of Thrones, and we got all as expected. Now, what’s next? It looks as if Game of Thrones, the eighth and final season might not return until 2018. You have to wait a lot to watch season 8.

A report suggests that HBO plans to make a long interval between the concluded seventh season and the final after 16 months or more than that. So if you believe us then you should not expect season 8 for this year. You have to wait for more than a year from now, in 2019. Have a look;

Reporter: Did you enjoy watching the finale?
Me: It was great
Reporter: Can’t wait till 2019 right?
Me:#GameOfThronesFinale #GameOfThrones pic.twitter.com/Yqcmq4oUoe

Must Read: Behind the Scenes secrets of GOT star Emilia Clarke

Game of Thrones Upcoming Season in 2019, Why?

You might be thinking: why so long gap? Well, the cause for the long production timeline is needed to work out both for a separate special effect schedule and for a shooting schedule. Let’s watch this video.

We know that Game of Throne is complicated on-location filming and has grown even more complicated since more filming in Iceland. And the season 8 will need more incorporate with special effect and wintery location just imagine like- Dany’s dragons facing the zombie ice-dragon correlated in a blue-flamed standoff.

After Season 7, Game of Throne managed itself off with “The Dragon and the Wolf”- final episode full of stone-cold ladies in hot dresses and crying men and the finale left us a bit unsatisfied. We hoped that Cleganebowl was more like a Clegane side salad but something transcends our wildest conceit.

Well, the last finale episode had made us more curious to watch the season 8 but unfortunately, we have to wait for 2019.

For more update, be with us Dodoodad.com.