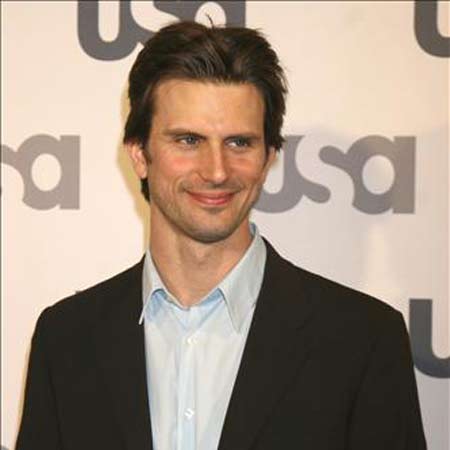 Frederick Weller is an American stage, film, and television actor better known for his role as Holden Bradford in the television series The Jury and as Jacob Krystal in Blue Bloods. Moreover, Weller has directed as well as written the 2009 movie Streetcar.

Weller got married to Ali Marsh in 2003. The couple has a daughter and is currently resides in New York City.

Frederick Weller was born on 18th April 1966, New Orleans, Louisiana, United States. Both of his parents Carole Wekker and Francis Weller were lawyers. Weller graduated from Jesuit High School which is a Catholic all-boys high school in New Orleans in 1984.

After that, he attended the University of North Carolina at Chapel Hill and graduated in 1988. Likewise, Weller further studied acting at The Juilliard School from 1988 to 1992.

Likewise, Weller further appeared in popular movies including Stonewall, The Business of Strangers, The Shape of Things, etc. Within a short period, Weller was able to achieve success in his stage acting. He also performed in the plays and films of Neil LaBute and David Mamet.

In 2003, he appeared on the Tony Award-winning play Take Me Out and also in Mothers and Sons in 2014. Moreover, Weller played the lead roles in several movies such as The Shape of Things, When Will I Be Loved, and many others.

Similarly, Weller also starred in the USA Network comedy-drama series In Plain Sight and further played the role of Jacob Krystal in Blue Bloods. In 2018, he portrayed the role of Eric in the television series Mosaic.

The 51 years old versatile actor Frederick Weller is married to an actress Ali Marsh. The duo tied the knot on 6th September 2003. They welcomed their daughter Azalea Weller in 2007. The couple is still together, and there are no any rumors of their divorce.

Along with his career, Weller is successfully maintaining his family too. He gives equal priority to his family and career. Furthermore, there are no any records of Weller’s past affairs too.

Frederick Weller is still active in the field of acting. Weller has starred in several movies and television series till date and has earned a decent amount of money. Allocating information from several sources as of 2018, it is found out that Frederick Weller current estimated net worth is around $2 million.