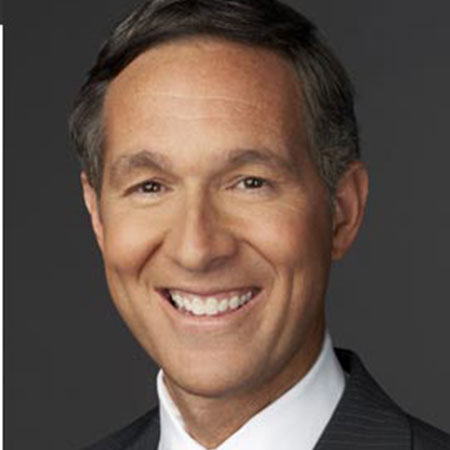 When it comes to reliable source of news, there are certain names that come automatically in our mind CNN, BBC, Sky News etc. These news channels have been considered reliable source because of the dedicated and hardworking correspondents they have all around the world. Gary Tuchman is one name among such dedicated and hardworking correspondents who has been working for CNN channel. Tuchman had five years of experience of working at CBS-affiliated WPEC-TV, when he joined CNN in 1990. During his tenure in CBS, he had been focusing in political reporting and had interviewed numerous influential personalities in politics. During his tenure in WPEC-TV, he covered stories of the Gazza strip and West Bank.

Taking about his academic qualification, Gary Tuchman completed his high school education from one of the well known school in his home town.  Tuchman has a Bachelor of Science degree in broadcast Journalism. He earned his Bachelor degree from Boston University, from where he was honored with Distinguished Alumni Award in 2003.

Gary Tuchman currently works for CNN as a national correspondent, making Atlanta as his work station. He serves as a correspondent for the program Anderson Cooper 360. Tuchman has experience of covering the biggest events, stories and news of this time while working at CNN. He went to Japan to cover the damage brought by earthquake and Tsunami in northeast coast of Japan. He also covered Haiti earthquake that took lives of 300 thousand. His reporting showed the intensity of devastating earthquake in Haiti stunning viewer around the World. He also served CNN as correspondent during the rescue of 33 Chile miners we were trapped underground more several days.

During 2010 volcanic eruption that led to cancellation of thousands of flights around the world, Gary Tuchman was the first international reporters to report from the Iceland and able to take video from only few hundred yards to the west. He also spent much time in reporting about drugs and war around the border of Mexico. He also revealed the hidden story of child sexual abuse which has been practiced in Polygamist cult. During the presidential election, reported from Alaska for several weeks, covering and investigating vice presidential candidate Sarah Palin. He also reported on Barack Obama and John McCain and also covered opening ceremony of Obama.

Coming to his personal life, Gary Tuchman is currently married with Katherine M. Stark and the couple has a daughter named Lindsay. Lindsay is also pursuing her career in journalism and she is getting great help from her father. There has been no any report about his past affairs girlfriend and affairs.

Hardworking and dedicated journalist, Gary Tuchman has been awarded with numerous awards for his contribution in Journalism. On the various situations he put his life in risk to make people know about what is going on around the world. He has been to various risky and dangerous places where he could have lost his life such as Mexico, Gazza Strip and EyJafjallajokull volcano.  Recognizing his contribution he has been awarded with two 2011 Emmy Awards for Haiti earthquake coverage and nominated in Emmy Award for coverage of Gazza Strip and the West Bank.