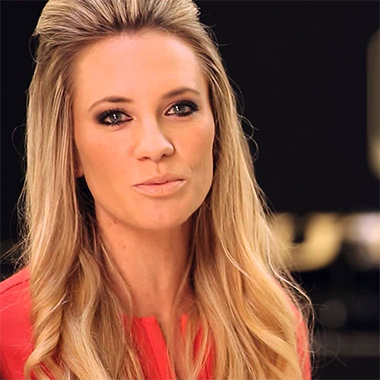 Thompson attended her high school at Queenswood School. She then attended the University of Leeds and graduated with a degree in Broadcast Journalism in 1999. Shortly after graduation, she kickstarted her career as a production assistant at GMTV. After working there for a couple of years she decided to move to Sky Sports and joined the network in January 2001. During her time working for Sky Sports, she covered various major sporting events for the network such as US Open Tennis, 2011 Wimbledon Championships, A1 Grand Prix, Grand Prix Masters, Speedway World Cup, America’s Cup, and Race of Champions. As a presenter, Thompson presented Sky Sports News ‘Afternoon Report.’ In 2005, Thompson and David Frost presented a series called ‘Greatest Sporting Legends’ on Sky-1.

Thompson was also a recurring panelist for the first straight four series of Sky1’s ‘A League of Their Own’ from 2010 to 2011. In order to become a presenter on Sky Sports F1, Thompson has left Sky Sports News. Thompson and pit-lane reporter Ted Kravitz presented the Friday night magazine show The F1 Show. During the race weekend, she used to present the Sky Pad segment which was the Sky’s F1 coverage alongside Anthony Davidson. In the year 2013, Thompson left the Sky Sports F1 and Natalie Pinkham, her close friend replaced her position. She then moved to Fox Sports as a panelist on the sports talk show ‘Crowd Goes Wild’ in 2013, which aired its final episode on Thursday, 8 May 2014. On 1 July 2014, it was announced that Thompson would be sharing duties with comedian Josh Widdicombe on BBC Radio 5 Live’s Saturday Morning comedy show Fighting Talk as a news presenter.

From 2009, Georgie Thompson started dating her fellow presenter Declan Donnelly and ended their relation in April 2011. On 20 December 2014, Thompson and British Sailor, Sir Ben Ainslie married at London’s  Hampton Court Palace. The couple was spotted enjoying their honeymoon in the Caribbean Island of Antiqua. Thompson was once banned from driving for 19 months, fined £1000 and order to pay £100 in cash after she has crossed the legal limit of drunk driving in September 2011

British Men’s Magazine FHM voted Thompson as the 93rd Sexiest Female in the word, in the May issue of the Magazine 2007. Her height is about 5’2’’ (i.e 1.57m). Thompson official twitter account is @OfficialiyGT, from which she keep update news and personal interest to her fans and has over 769K followers. She has thousands of likes on her facebook page; she is also seen using the Facebook account to share the news and her experience. She is also active sharing her moments on Instagram.

Thompson’s successful career has earned a huge fortune but her exact net worth and salary are not yet revealed and it is under review.