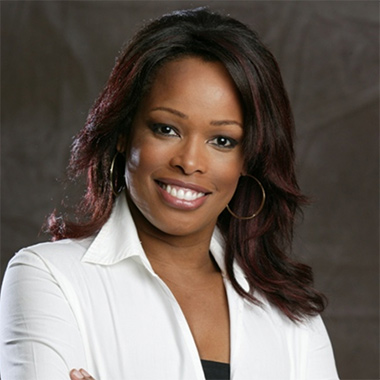 African American woman who has managed to dominate the male field of sports journalism, Pam Oliver has an exceptional blend of hard work, confidence, expertise, and tact. Throughout her rapidly advancing career, Pam Oliver has demonstrated all these qualities, earning the respect of athletes as well as her fellow journalists. She has faced the challenges of sexism and racism in her chosen field with calm professionalism, yet she has never hesitated to stand up for herself when challenged. For all her hard work and dedication Oliver earned her name as a sports broadcaster all over the nation and abroad.

National Basketball Association (NBA), and National Football League (NFL) sideline reporter Pamela Donielle “Pam” Oliver was born in Dallas, Texas, the United States on 10 March 1961, to father John Oliver and mother Mary Oliver.  Her father  served the United State Air Force, for which the family has to move into several parts of United States. Oliver spends her childhood moving around from one place to another, from Texas to Washington,  California, Florida and Michigan. From the childhood instead of watching children’s shows she prefers watching the sports shows.

Her teenage was spent in Niceville, Florida, and was educated at Niceville High School. She is interested and excelled in sports like tennis, basketball and track and field. After graduating from Niceville, she enrolled at Florida A&M University, where she continued her track endeavours, becoming a college All-American in both the 400-meter and the mile relay. She has obtained her bachelor’s degree in broadcast journalism and graduate in 1984.

Soon after graduation, Oliver started her broadcasting career at WALB in Albany, Georgia as a news reporter in 1985. The next year, she was seen in WAAY-TV in Huntsville, Alabama. Oliver then moved to Buffalo, New York in 1985 and worked for WIVB-TV. Moving from one station to another, in 1990, Oliver then moved to  Tampa, Florida, where she started her career as a sports anchor for WTVT. Later, she again moved to KHOU-TV in Huston, continuing her profession as a sports anchor. In 1993, Oliver joined ESPN, the sports television network. In 1995, she  then moved to Fox Sports, where she worked with the networks number-one broadcast team as a sideline reporter.

In 2005, for the NBA coverage, Oliver has joined TNT as a sideline reporter. Oliver’s last season as NFL sideline reporter for the 2014 NFL season was on 14 July 2014. Later it was announced that she will be moved to networks number-two broadcasting team and her position will be replaced by other.

The 2004 Ebony’s  “Outstanding Woman in Journalism,” winner Pam Oliver’s height is 5’11’’ (1.77m) and her weight is about 64kg. Oliver’s body measurement is 35-22-34 inches. She has a unique kind of dressing style, which the fan is loving and following her. Her hair has created lots of buzz in the media and was compared with Chewbacca. In 1990, she was married to Alvin Whitney, her longtime boyfriend. Till now they don’t have any children and both of them don’t have any extramarital affairs. So their marriage is a total success. Oliver is still an energetic person and very dedicated to her works despite her growing age. Her official twitter account is by the name @serioustomboy and has nearly 4000 followers. Oliver has a net worth of $4 million dollars.