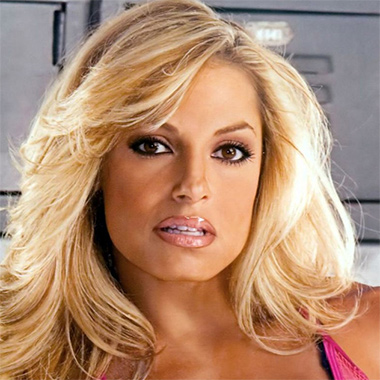 Trish Stratus has spent her childhood in Canada and attended Bayview Secondary School. She then went on to study biology and kinesiology at York University. During her time at YU, she used to play soccer and field hockey for the university. Faculty strike in 1997, made her to stopped her from participating in various sports. She then worked as a receptionist at a local gym until one publisher from MuscleMag International approached her to appeared in the magazine. In May 1998, she posed for the cover of that magazine after going through test shoot and was signed  to MuscleMag for  a two-year contract.  Since then she started  to work out her body and was featured on various magazine covers.

In Toronto Sports Radio Trish Stratus worked as the host of Live Audio Wrestling prior to this she had worked as the fitness model for several years. She was a fan of wrestling from her childhood and her modeling work caught the attention of WWF and in November 1999, Stratus was signed to a multi-year contract. Subsequently was send to Sully’s Gym and was trained by Ron Hutchinson. In the 2000 episode of Sunday Night Heat, she made her debut under the name Trish Stratus, a villainous character. She appeared on stage to scout WWF Superstar Test and Prince Albert. The next night on Raw Trish started working, managing Test and Albert in the tag team T & A. She also began managing Val Venis. Trish Stratus made her in-ring debut in SmackDown, winning the tag team match with T &A against the Hardy Boys and Lita. Then the war between Trish and Lita has started, where Trish is seen attacking Lita, which was shown on Raw and SmackDown. In early 2001, Stratus got involved with WWF chairman Vince McMahon. That involvement has created great troubles in her life, for which she has to wrestle with McMahon daughter Stephanie McMahon and unfortunately lost the match. The storyline between Trish and Mr. McMahon came to an end at WrestleMania X- Seven when she slapped McMahon in the ring and becoming a fan favorite in the process.  At Survivor Series Stratus won the WWF Women’s Championship for the first time. Between 2001 to 2003 she played different titled and untitled matches.

During her wrestling career, she has won the WWE Women’s Championship for seven times in the WWE history. By winning the title in her hometown she has retired as a champion in 2006. On 28 January 2013, WWE Hall of Fame named Trish Stratus as an inductee and became the youngest Hall of Fame inductee ever at 37. After her retirement, Trish has seen hosting several programs and events and seen performing a dance in several events. She has also appeared in the movies “Bail Enforcers and Bounty Hunter.”

Trish has married Ron Fisico, her high school sweetheart, and boyfriend, on 30 September  2006. The couple welcomed their first son, Maximus on 20 September  2013.
She is part of numerous charities such as Dreams Take Fight, Special Olympics, and Ronald McDonald House. She was a spokesperson for the World Natural Sports Association from 2001. For the Dignitas International money raise program she has also participated as a celebrity relay team. In 2008, Stratus opened a yoga studio named Stratusphere in Ontario. The studio is named “Canada’s largest eco-friendly yoga studio”. Top Choice’s  “Best New Business Award” was awarded to Stratus in 2009. Business Woman of the Year was the title given to Stratus; similarly, the studio won the Top Choice Awards’ Best Yoga Studio Award in 2013. Fighting Spirit Magazine has provided her with Double X Award and Three Degree Award in 2006. She also won PWI Women of the Year and PWI Woman of the Decade. Trish official twitter is by the name @trishstratuscom and has more than 899K followers. Trish height is about 5’4’’ (1.63m) and weight is about 125lb (57kg). Trish Stratus’ net worth is approximately $5 million dollars.