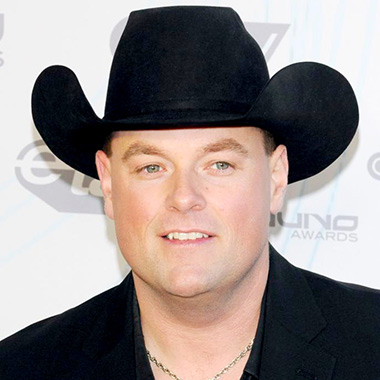 Gord Bamford is a Canadian country music singer. His nine of songs was successfully charted on the Canadian Hot 100 chart.

Gord was born on April 17, 1976, in Traralgon, Victoria, Australia. He moved from Australia to Lacombe, Alberta, Canada with his mother when he was five years old. His parents are divorced. He was encouraged by his mother to pursue a career in music. He entered the Hornet Radio Network’s “Search for the Stars” and eventually won the show in 1995. He went to Calgary to record his debut single titled “Forever Starts Today”. His song was written by dean McTaggart. Canadian country radio gave the positive response for his song.

Bamford released his debut album titled “God’s Green Earth” in January 2001. Bart McKay produced his debut album at Sound Edge Productions in Saskatoon, Saskatchewan. He himself wrote two songs on his album. His five songs “24 x 24”, “Man of the House”, “God’s Green Earth”, “Classic Country Song” and “Where a Cowboy Likes to Roam” were released from the project. Unfortunately, the album didn’t do good business as expected by Bamford.

Bamford  began spending time in Nashville, Tennessee in 2003. He began writing with Tim Taylor, Steve Fox, and Byron Hill and went to co-produce his second album. On October 19, 2004, he released his album titled as “Life Is Good”. He co-wrote or wrote 10 songs out of 11 songs on the project. His six singles were released from the album which includes top 20 singles “All About Her”, “I Would for You”, “My Heart’s a Genius”, “Life Is Good” and “Heroes”. His single “All About Her” video was released which was successfully ranked at No. 8 on CMT Canada’s Chevy Top 20. He opened shows for Carolyn dawn Johnson, Terri Clark, Tim McGraw, Don Williams and Kenny Rogers. He won the nomination at the Canadian Country Music Awards for Independent Male vocalist of the Year, the Chevy Trucks Rising Star Award and Independent Song of the Year in both 2005 and 2006. She was one of two Canadian artists who was invited to perform at Global Artist Party at the CMA Music Festival in Nashville on June 4, 2007.

His third album was co-produced by Nashville producer Byron Hill. On September 25, 2007, he released his third album titled “Honkytonks and Heartaches”. His first single from the album “Blame It On That Red Dress” was his first top 10 hit Canadian country singles chart. His music video of the single reached No. 1 on CMT Canada’s Chevy Top 20

Bamford got married to his wife Kendra. On August 30, 2004, his wife gave birth to his son named Nash David. He also has a daughter named Paisley. Her wife gave birth to their second daughter named Memphis Quinn on August 3, 2009. In July 2015, the family moved to Spring Hill, TN, where Bamford signed with publisher ole Music since the fall of 2011.